Here’s a simple and fun idea for a Vocabulary Parade costume at school!

Show what it means to be ambivalent using graphic emojis and pipe cleaners–your kiddo will be happy, excited, and proud all at once!

So, What The Heck Is A Vocabulary Parade??

Yeah, I had never heard of this either until a couple weeks ago when Rowan’s teacher sent a letter home about it. #KindergartenMom

Read Across America Week was coming up and this was going to be their BIG grand finale event for Friday.

Basically, a vocabulary parade is a newish activity that schools are starting to do thanks to a book called Miss Alaineus: A Vocabulary Disaster.

Students and teachers are asked to pick a “juicy” word that would not only make for a fun and unique costume, but also one that others might not already know.

Then they’ll all march through their school and have a festive parade that showcases their DIY costumes as well as their love of words and reading.

We certainly never did anything creative like this when I was in school (which was a loooong time ago).

For his very first Vocabulary Parade, after much consideration, Rowan decided to go with ambivalent as his word of choice.

having or showing simultaneous and contradictory attitudes or feelings toward something or someone.

How did Rowan come up with this word, you might be wondering?

Well, we can all thank his younger brother’s obsession with Daniel Tiger and this catchy jingle from one of the episodes.

Take THAT everyone who says screen time is rotting kids’ brains!

Here’s what we used for Rowan’s vocabulary parade costume shirt:

And for his coordinating headband, we used this additional stuff:

So here’s the (very rough) mockup of Rowan’s vocabulary parade costume that we came up with.

What’s better at showcasing a bunch of different emotions in a simple and graphic way than emojis??

Those would be printed out on my printer using some super handy printable HTV, then they would be cut out with my Silhouette Cameo and applied to the shirt using my Cricut EasyPress.

The black lines connecting the emojis represent pipe cleaners that would be attached to the shirt with some hot glue.

Once we were happy with the design, it was time to create!

The emojis were set up for a handy print and cut project (read more about that here) using my printer and some printable HTV (learn all out that stuff here) then cut out with my beloved Silhouette Cameo.

Once the emojis were printed and cut out, it was time for shirt assembly!

I recently upgraded my regular clothes iron to an amazing Cricut EasyPress, so applying all these little faces was a breeze.

I placed the EasyPress mat underneath the shirt, arranged the emojis, then as soon as my EasyPress was warmed up, started application.

Once the emojis were all set, I fired up my hot glue gun and started to “connect” them with the pipe cleaners.

This was to really bring the ambivalence home by showing that you can feel all sorts of different combinations of emotions.

For the vocabulary parade, the kids were asked to either hold a sign showcasing their chosen word or have it as part of their costume or on a hat or headband.

Rowan decided on the latter, so I whipped up a simple design with his word and several more emojis in Photoshop Elements.

After printing it out on a sheet of glossy photo paper, I trimmed it up with scissors, attached it to a couple strips of yellow cardstock, then sized it to his head.

When he put on the shirt followed by his headband and exclaimed “It’s perfect,” I knew we had a winner. :)

He and all the other kids (and teachers) looked so cute marching through the hallways of their school, showing off their creations.

Our first experience with a Vocabulary Parade was a lot of fun!

Make sure you check out my Project Gallery for lots of other tutorials, crafty creations, parenting tips, and freebies! 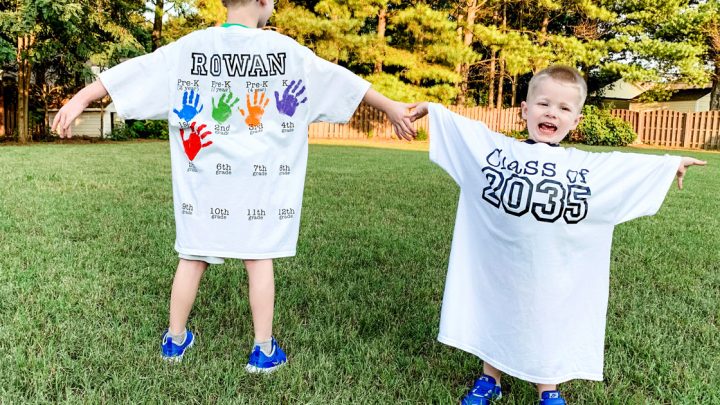 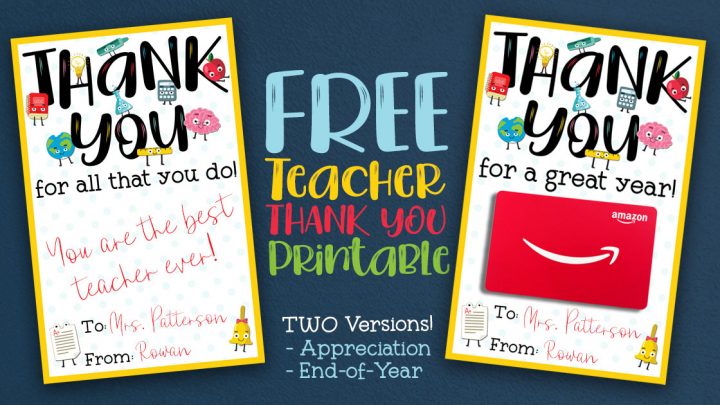 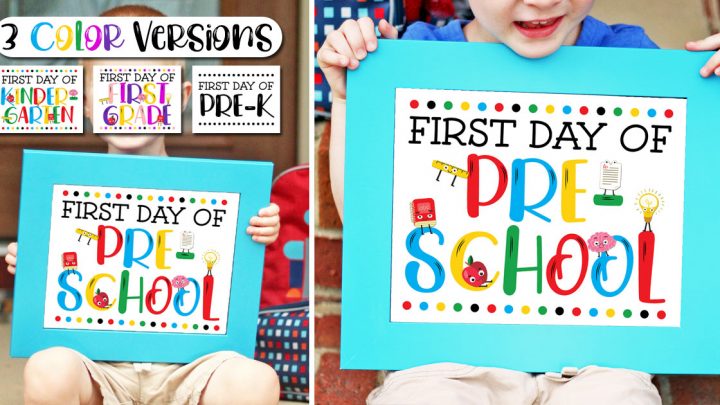 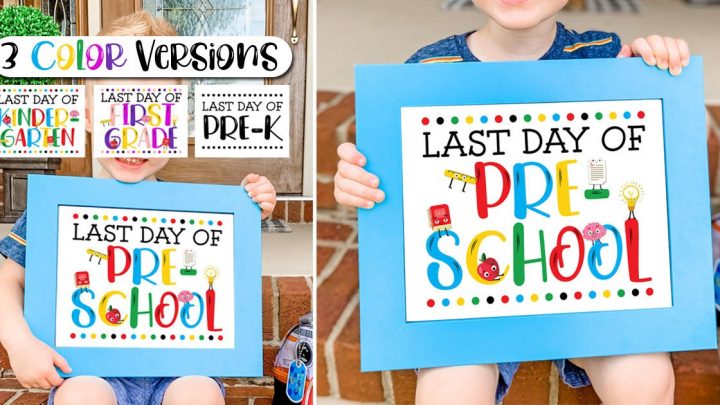 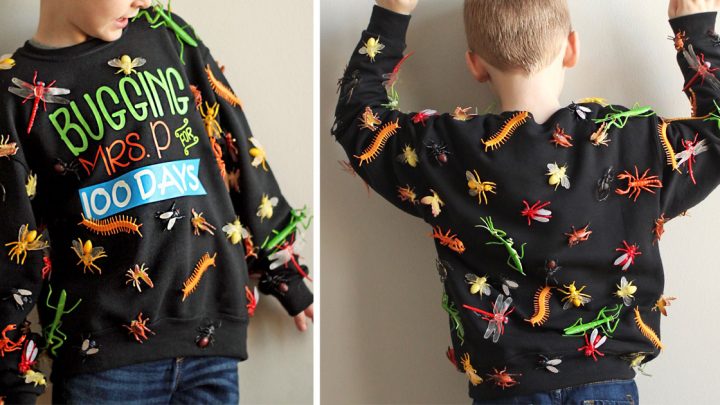 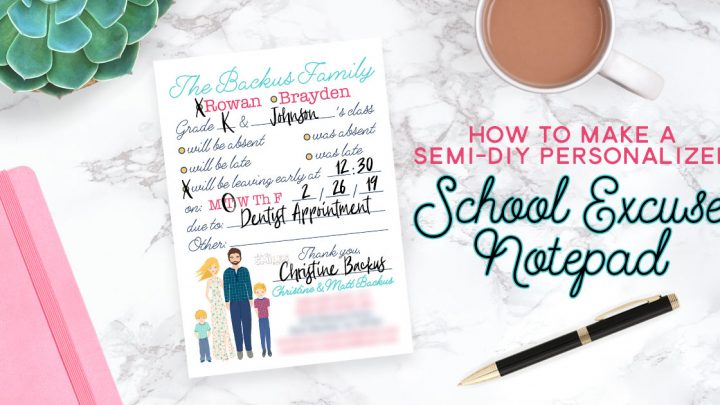 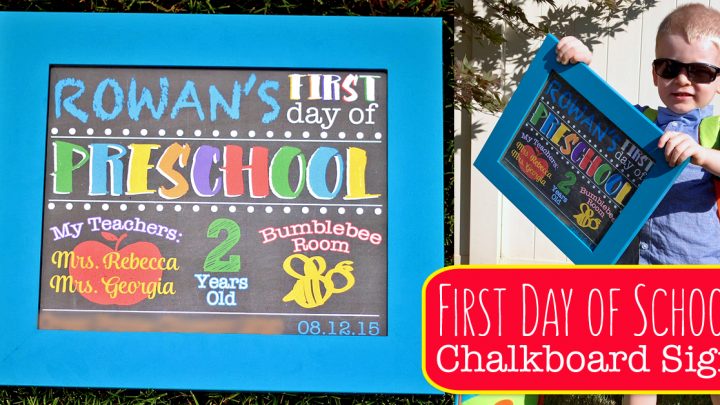 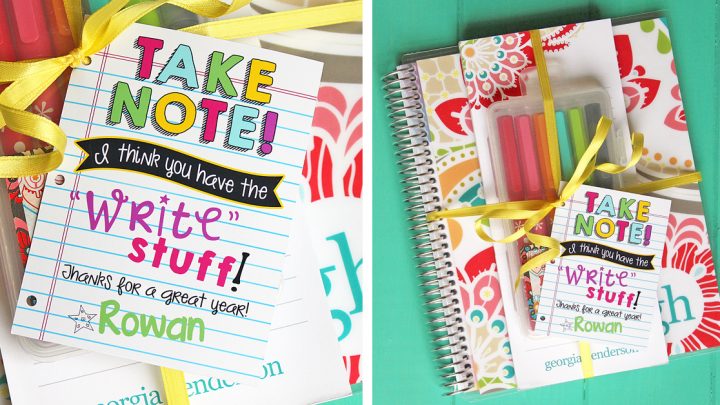 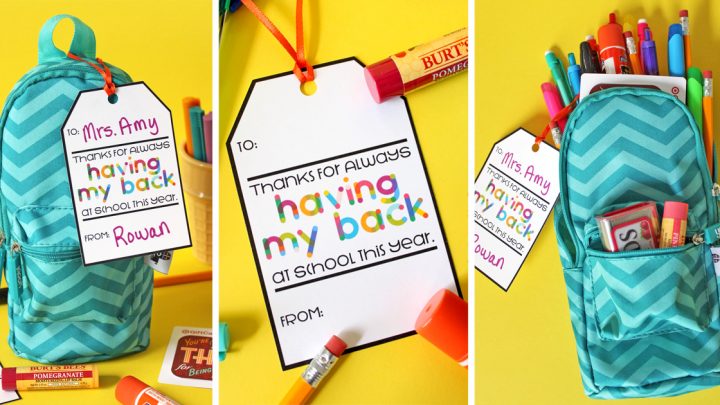 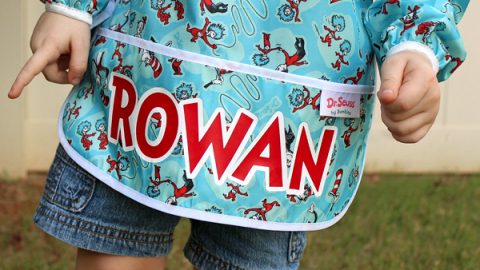 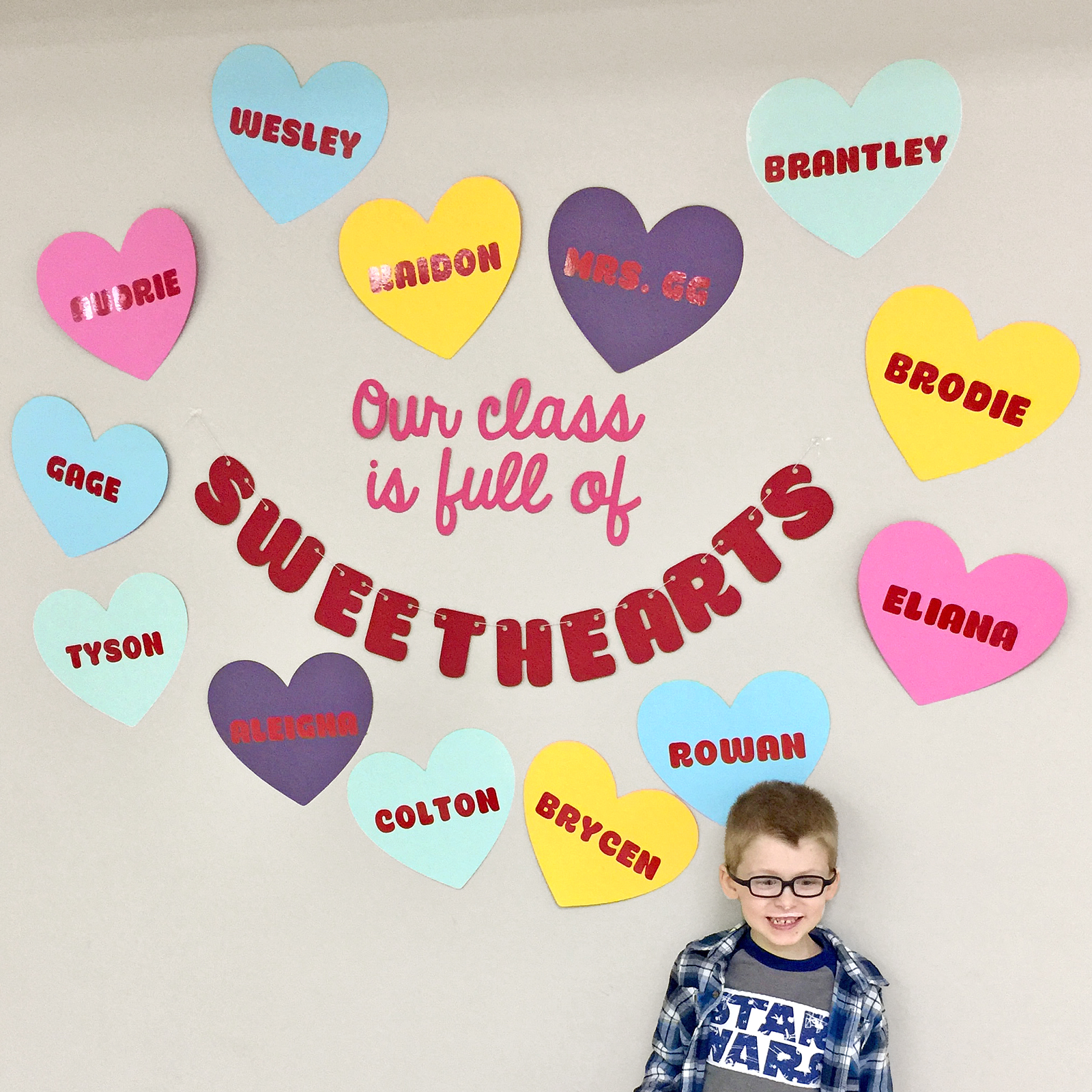 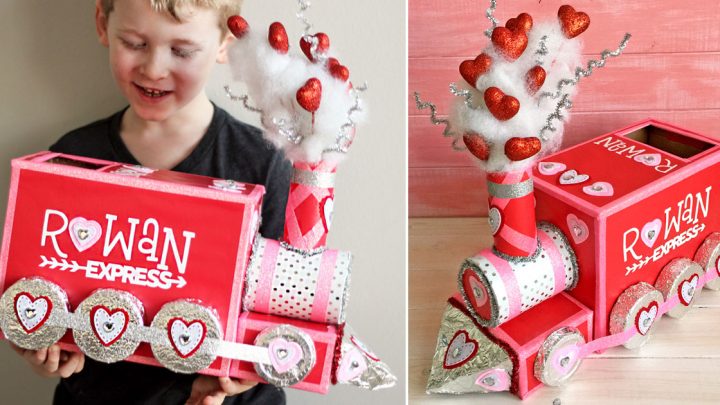 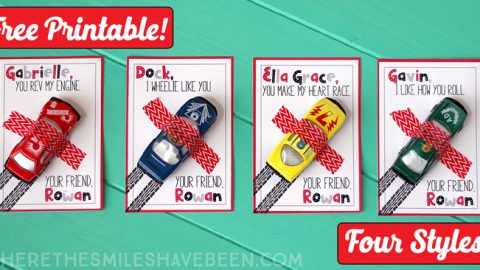 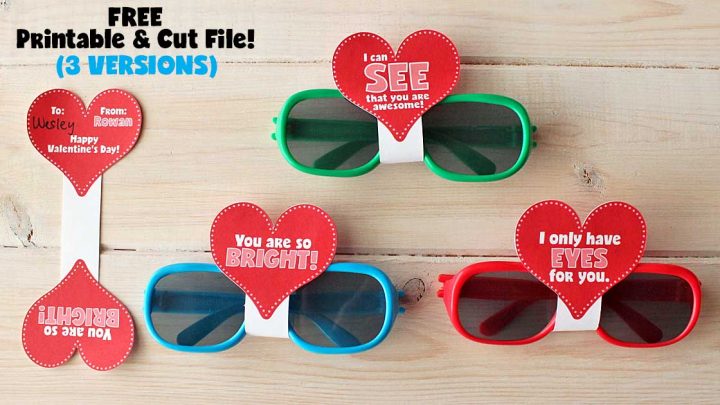 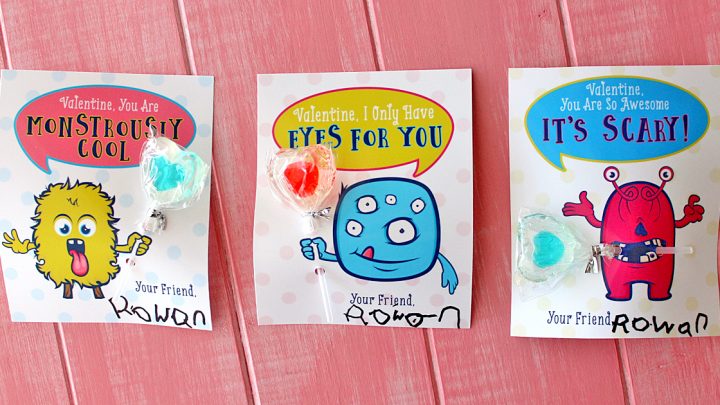 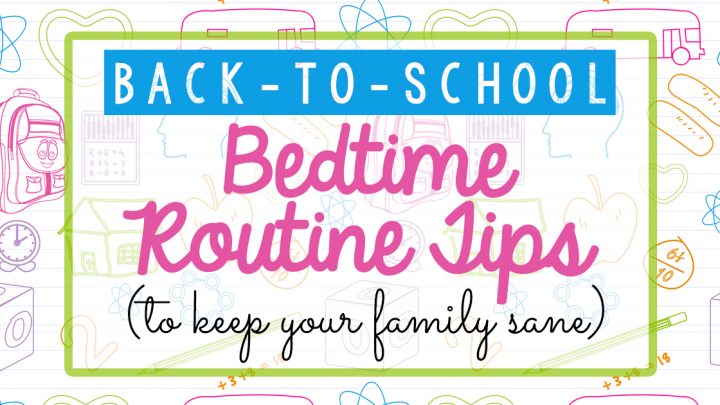 My two year old watchs Baby bum videos every day and has done so since she was t tiny. I watch every video start to finish before my baby does. Anywho before she was 2 she knew all her alphabet in and out of order, she can tell their correct sounds and at least 1 word that starts with the letter. The do not have to be in order. She also knows all her numbers and colors. So I agree and everyone says screens are rotting our kiddos brains. Its in the monitoring and supervision.