Hello friends! I know it’s been a while but I’m finally back to Blogland!  I’ve been enjoying a nice break ever since giving birth to my newest little man, who is just as adorable as his older brother.  We’ve had lots of cuddles and snuggles, as well as plenty of diaper changes and all-nighters, and we’re slowly but surely getting settled into our new routine as a family of four.

Now, on with the tutorial!

Let me start out by saying that I LOVE my Silhouette Cameo (as my Project Gallery will attest), but I rarely use it for paper crafts.  I mean I’ve made some wedding invitations for a friend and a Transformers Father’s Day card, but I’m just more of a vinyl and HTV kind of gal.

However, desperate times call for desperate measures, and when I needed a greeting card for my cousin’s wedding, it was my Cameo to the rescue!

Today I’m sharing with you how to create a simple but still impressive card from scratch that would make even Hallmark jealous.  And don’t worry….no master paper crafting or scrapbooking skills required!

(I know this list probably makes this project seem very involved and complicated, but I promise it’s not!)

The first thing I did was purchase this super adorable mason jar card with hearts from the Silhouette Design Store….it would be perfect for my cousin’s rustic outdoor wedding!

Next, I imported the design into Silhouette Studio.  Once opened, I first needed to ungroup the design in order to get all the elements separated from each other since each would be cut out of a different material….it’s all about layering. 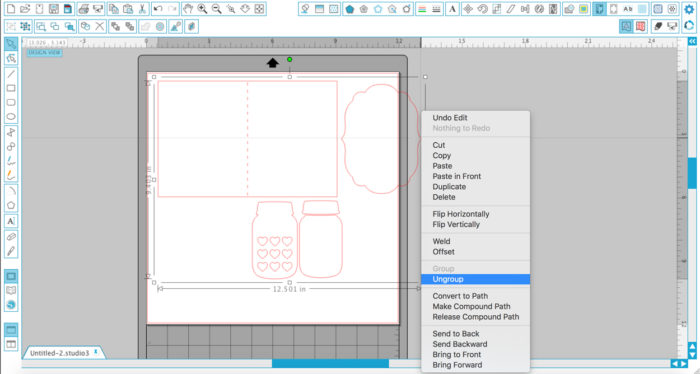 Step Two: Cut Out Each Material

I’m a visual person, so I quickly put together a rough mockup of what my final product would look like.  As you can see, I made some slight adjustments to the original design, such as increasing the size of the mason jar and adding a fourth row of hearts.  Ya gotta make it your own! 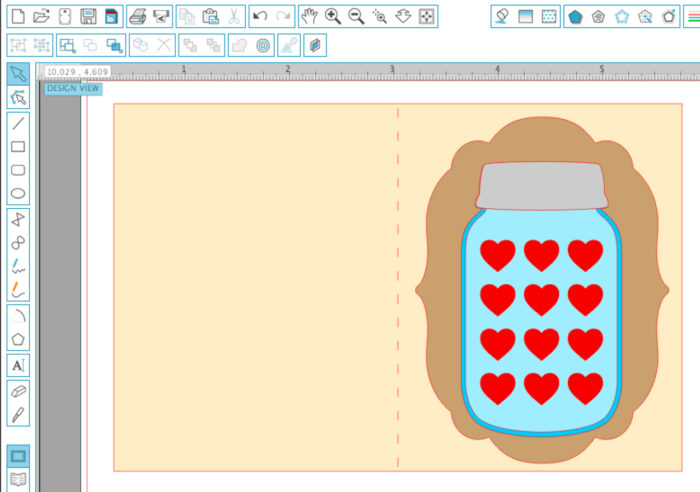 I then loaded each material, one by one, onto my cutting mat and into my Silhouette Cameo, then finalized the cut settings for each.  A few minutes later, my pieces were cut and ready for assembly!

Here’s a look at all the pieces once cut as well as the materials used for each: 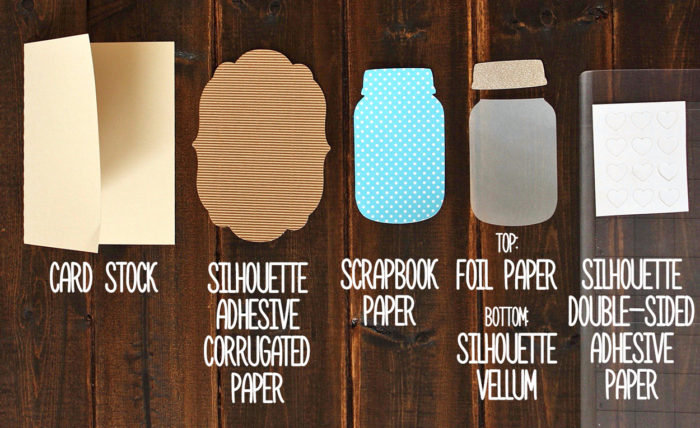 Now it was time to turn the pieces into an actual card!

The decorative frame that was cut out of the adhesive corrugated paper was applied to the card stock first, then each successive piece was added on top of the previous.

Some painter’s tape was used to transfer the hearts on top of the vellum, and for the other pieces that did not already have adhesive, I used some glue dots.  These worked great stuck behind the hearts to attach the vellum to the scrapbook paper (I first rolled them into little balls to add some more depth). 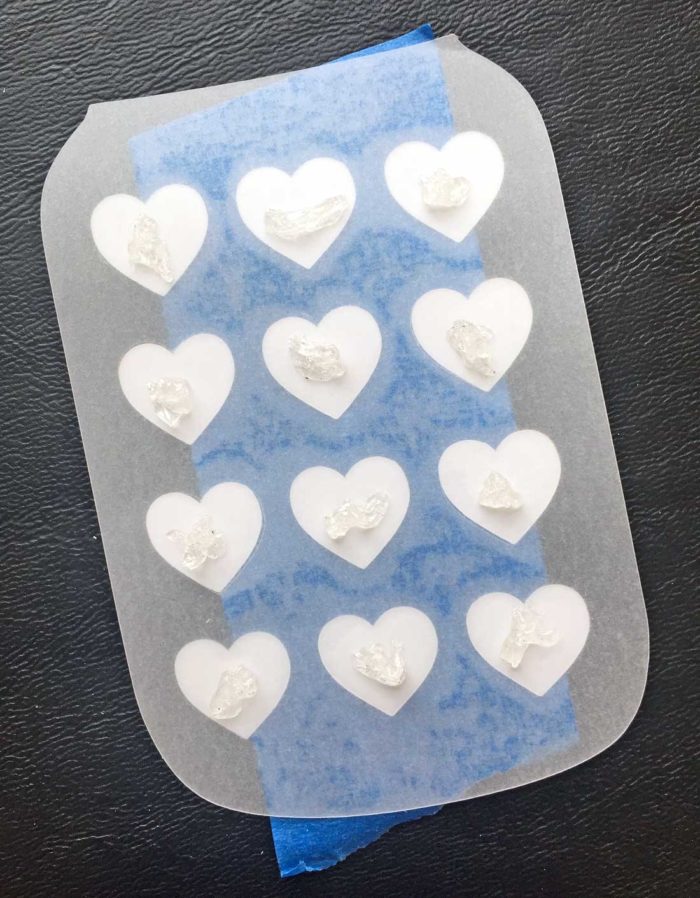 Next, I added some red and white baker’s twine around the lid and attached the almost-finished mason jar to the card.

Then it was time to apply the red fine glitter to the hearts.  If I had some glitter card stock I would have used that to save me a couple steps, but I just worked with what was on hand.  Plus, it’s the little extra touches that really make a design POP….and who doesn’t like playing with glitter?!

{If you’d like a full tutorial on how to use this double-sided adhesive paper, check out my tutorial where I used it on a glittery ‘Making Spirits Bright’ Christmas sign!} 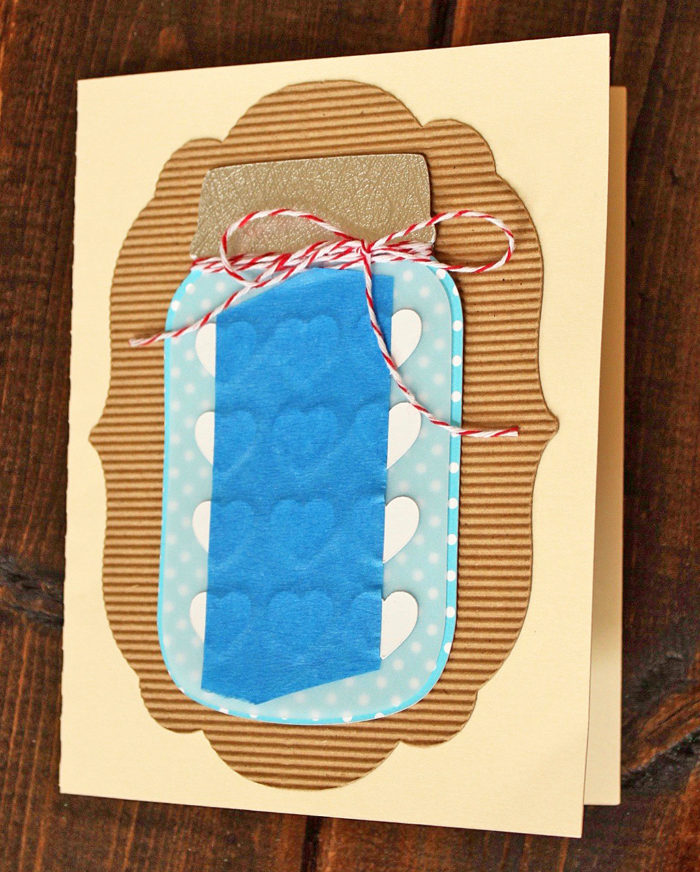 Now my homemade mason jar card was ready for my cousin’s rustic wedding!  I think it turned out super cute, and it was surprisingly easy to create….just a few cuts and some layering.  See, Hallmark ain’t got nothin’ on me (or my lack of paper crafting skills). ;) 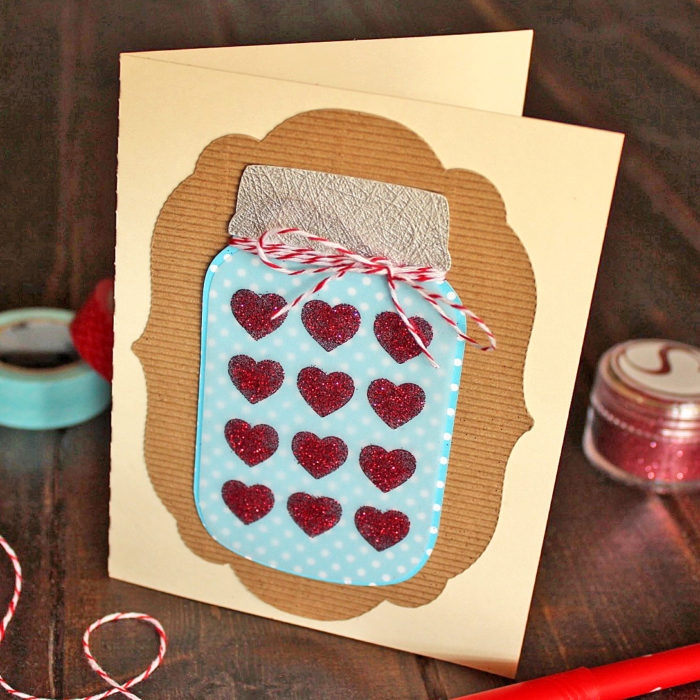 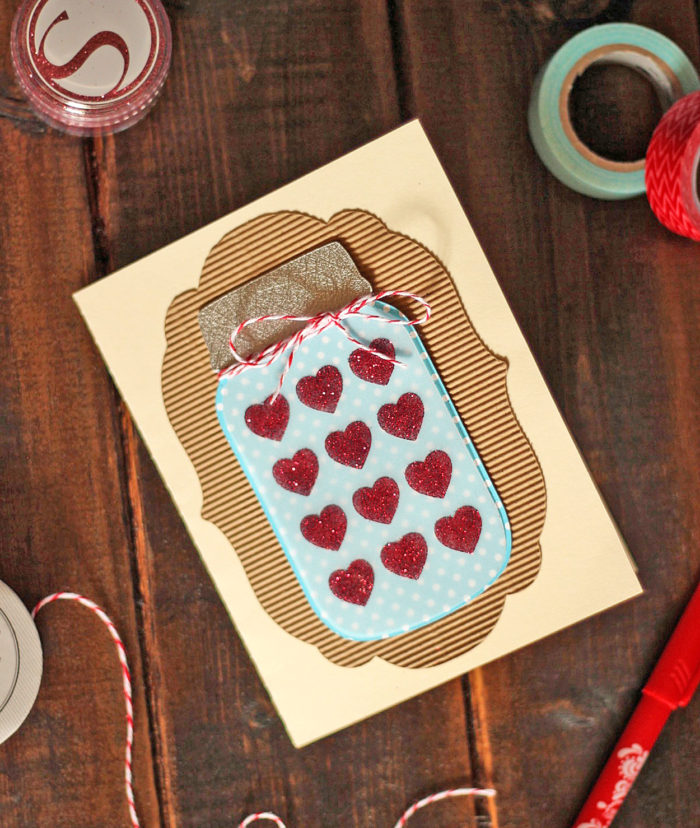 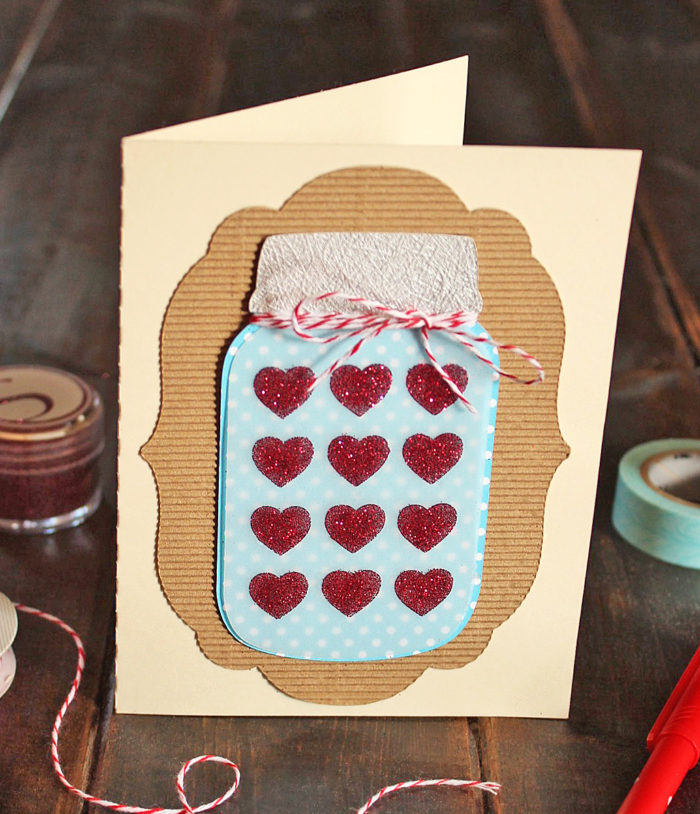 Make sure you check out my Project Gallery for lots of other fun crafty creations, including these Silhouette goodies! 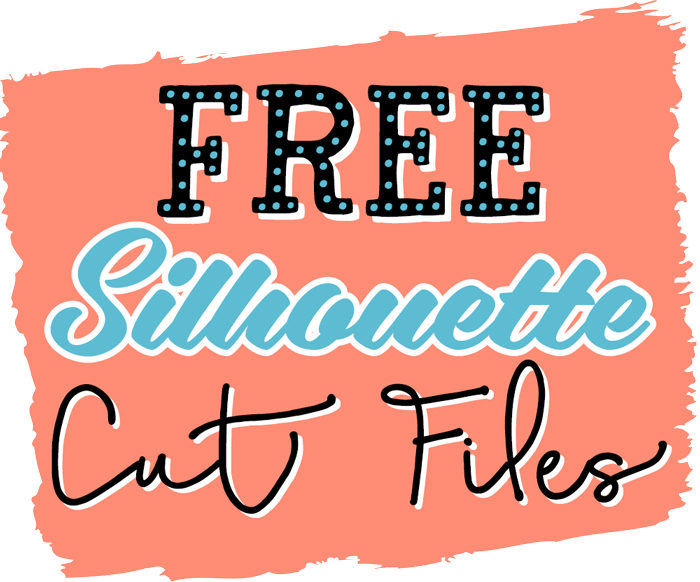 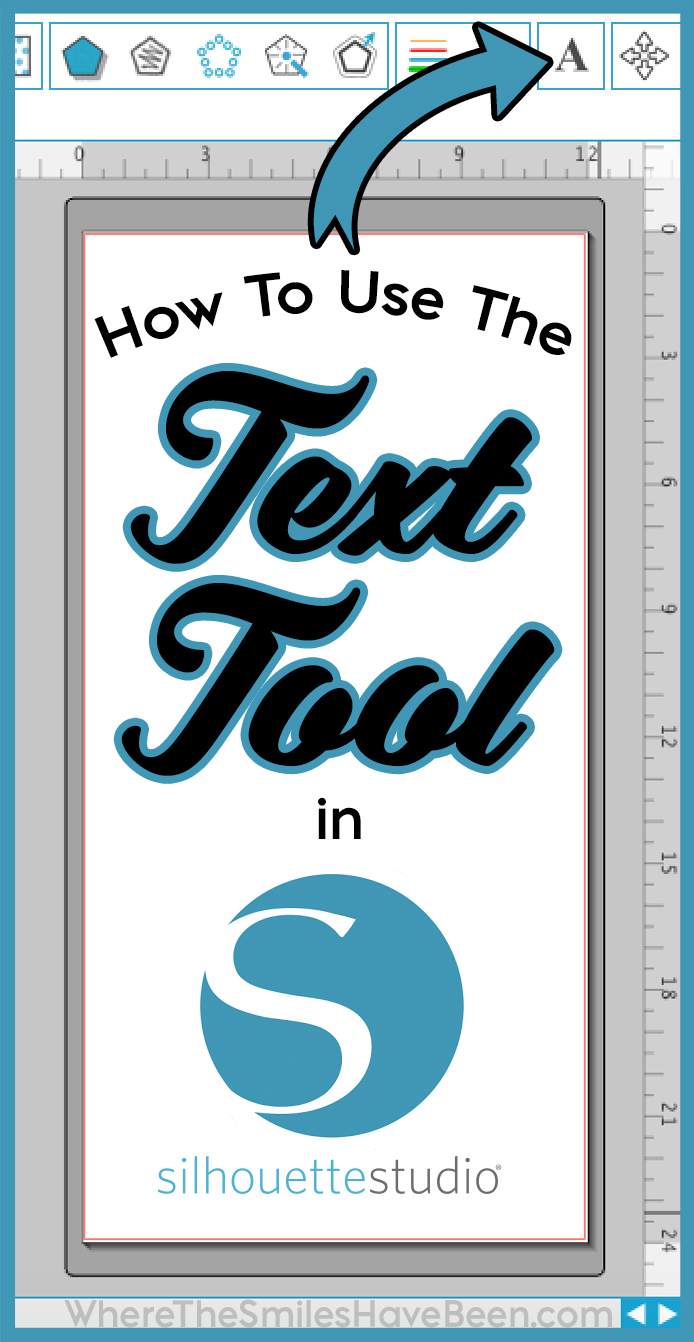 Thanks so much for stopping by!  Happy crafting!