While perusing Pinterest a few months ago, I spotted a simple little first birthday infographic that had been created for a little one’s first birthday….and I knew I needed to make one for Rowan!

The pin I spotted did not track back to the original source (just the image link….boo), but here’s the version I threw together in Photoshop Elements for my little man….and I did it in only two nap times!

First Birthday Infographic to Celebrate the Big ONE! 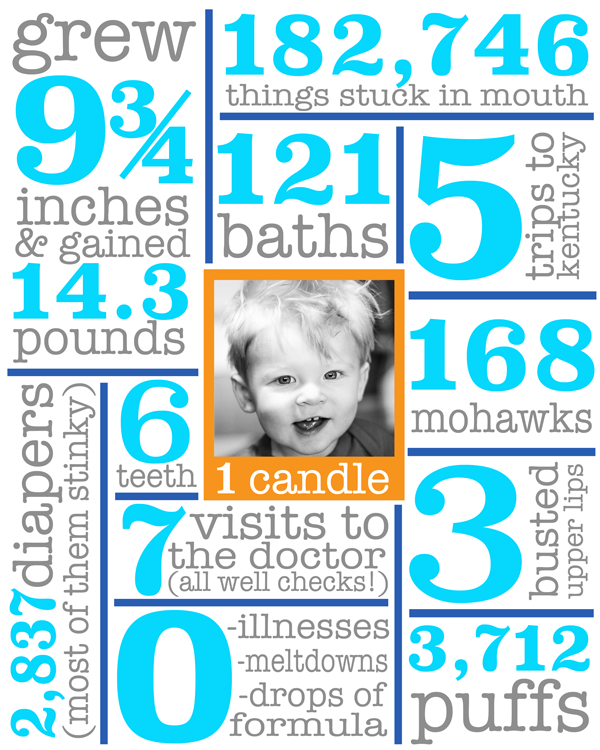 I tried thinking of a bunch of different fun little quirky things to include (stinky diapers are always fun….right?).  I also wanted a way to remember all of the little details of Rowan’s first year that might not make it into his baby book, such as knowing his total weight gain or height added (as opposed to just seeing his birth stats compared to his one-year-old stats).

It’s the same information, just a different way of looking at it.

How to Create a First Birthday Infographic in Photoshop Elements

In Photoshop Elements, I just created a file with a white background and started adding text layers (to read all about using layers in Photoshop, check out my post on how to make a birthday chalkboard poster!).

Pretty much every number and word is a different layer. That made it easier to adjust the widths and heights since I was going for a subway-esque art style poster. Some of them stayed horizontal while others I flipped so they were vertical.

I made all the words gray and all the numbers a bright blue, then using my Line tool, created navy blue lines to separate all the topics.

For the orange picture frame, I used a dingbat font called  KG Flavor and Frames Three and then just added a photo of Rowan’s cute little face to the center.

When The Hubs first saw this, he had a less than impressed look on his face as he said “Really? You don’t know how many diapers he’s gone through.” I replied with “Tongue in cheek, hon. It’s funny. Ha Ha.”

So apparently not everyone appreciates my sense of humor, but I don’t care. I think it’s impossible to have too many keepsakes or mementos, and this is just one more for my little man.

Here are some other fun birthday and keepsake ideas I’ve shared so far, and be sure to check out my Project Gallery for lots of other goodies! 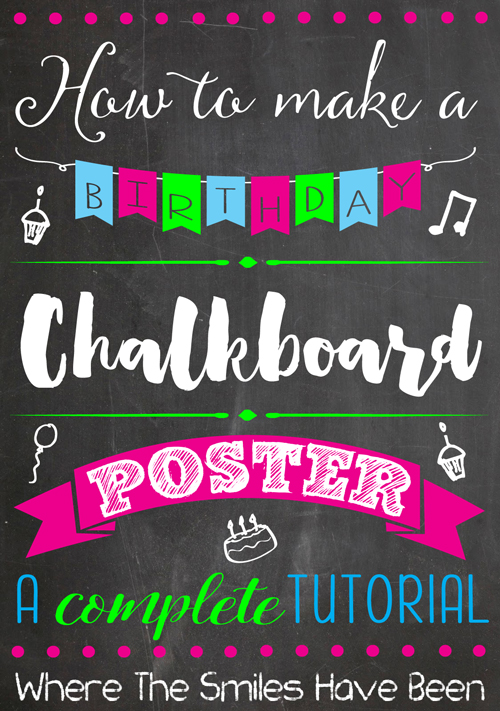 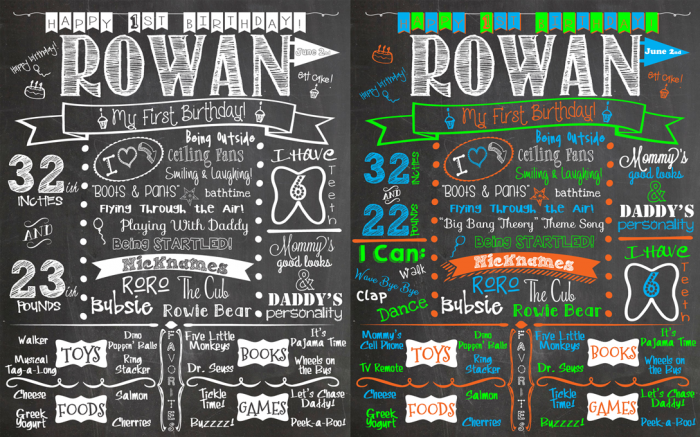 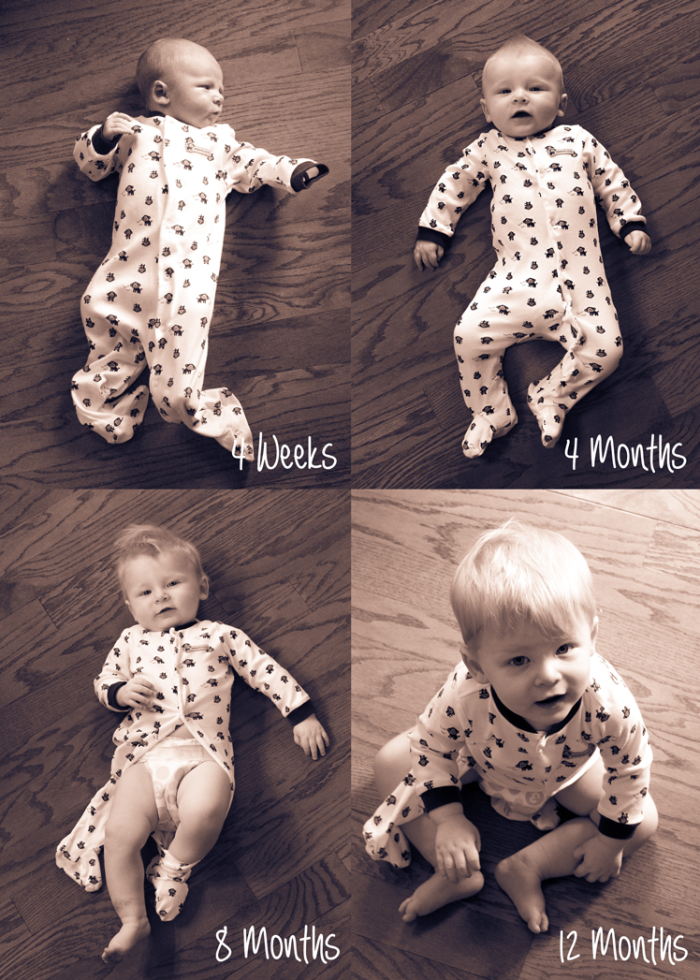