So my little man, also affectionately referred to as The Cub, turned one back at the beginning of June….sniffle.  We of course had some professional photos taken of him (and a few family ones) where we did the smash cake thing (I mean, don’t all one-year-olds do that nowadays?), and we also had some photos taken outside at a local nature preserve.  The photos turned out beautifully, if I do say so myself.  We even have some of The Cub with his grumpy little pouty face since he got sleepy…..those just might be some of my favorites.

We hired a local duo of photographers from Sweet Roots Photography that we had worked with previously for our fall family photos when The Cub was four-months-old.  We LOVED not only the photos from that session but also working with the two lovely ladies, Karina and Lindsey, so they were our first choice here.  This first birthday photo shoot was originally scheduled for the end of May, but thanks to two rainouts followed by a few weeks of The Hubs being out of town for work, we finally were able to have them at the end of June.  And they’re here!

The first part of our session was The Cub just playing around on the floor while we were waiting for one of the photographers to arrive.  He was a ball of energy and gave me quite the workout trying to wrangle him back into position over and over again.  The Hubs helped out too….some.  A basket with his name written on it in chalk was brought out to help corral him a bit, and the prop made for some cute photos too. 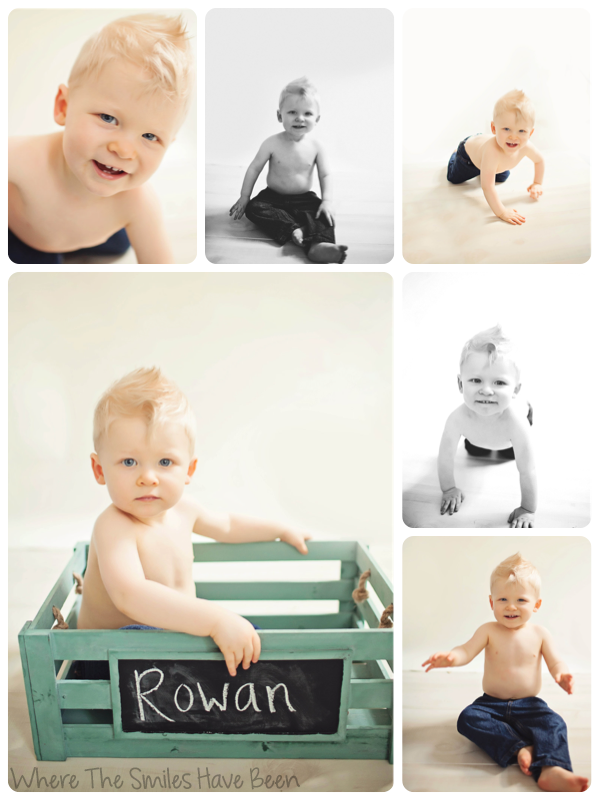 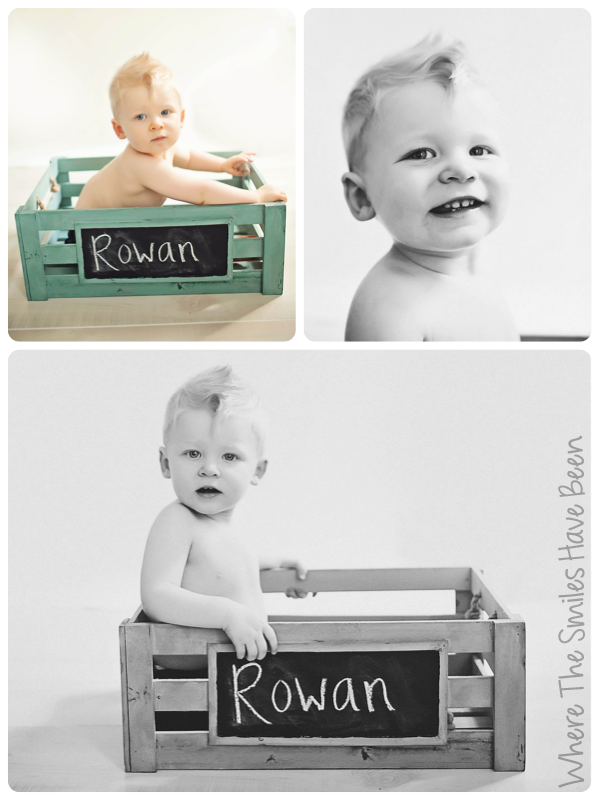 For the smash cake portion, I decided to dress The Cub in just a pair of blue jeans.  I didn’t want to do anything hokey like a polka dot diaper cover with matching tie and hat….I think that’s a little cheesy personally.  To each their own, but it’s just not my taste.  The cake was purchased from a local bakery, and it took some coaxing to get The Cub to actually play around with it…..he acted in a similar fashion with his cake during his dinosaur first birthday party.  Maybe he’s a natural skeptic, or perhaps he just doesn’t have a big sweet tooth (unlike his momma!).  I guess there really wasn’t any “smashing” with our smash cake, but The Cub gingerly explored it….and got some help from Mommy to get a little messy. :) 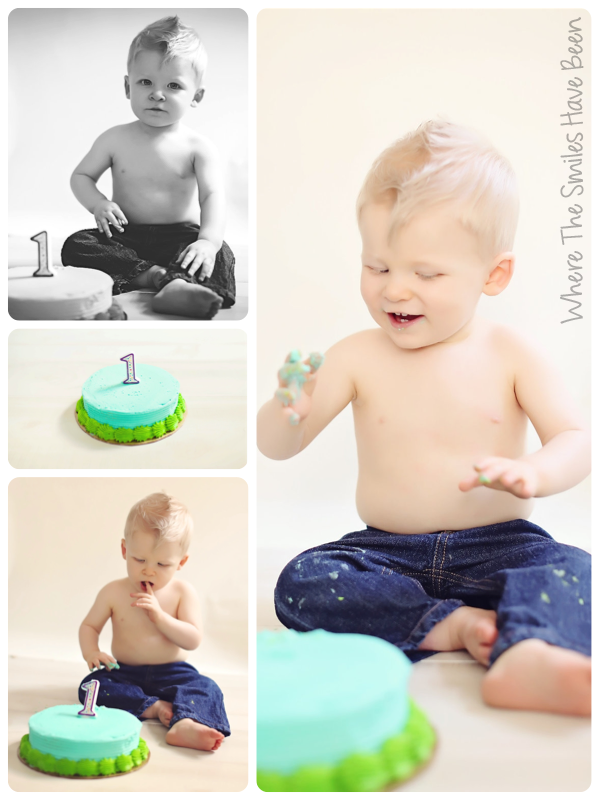 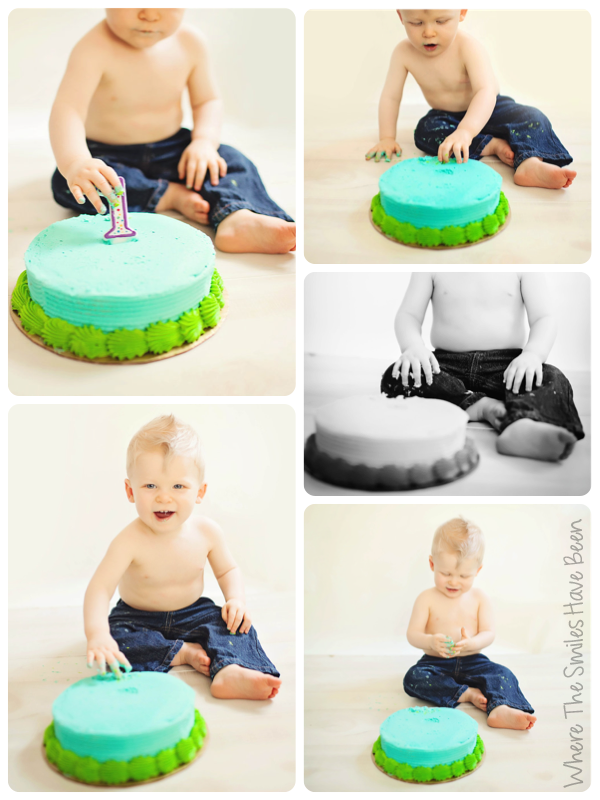 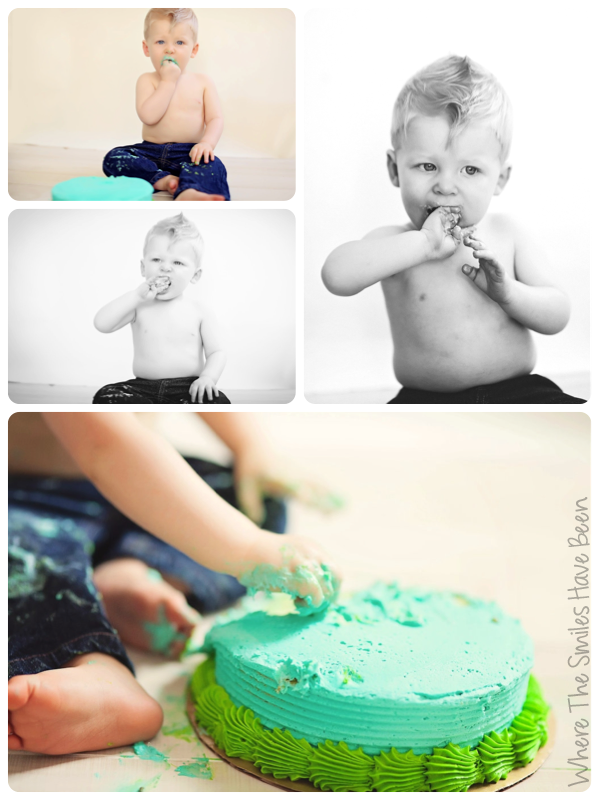 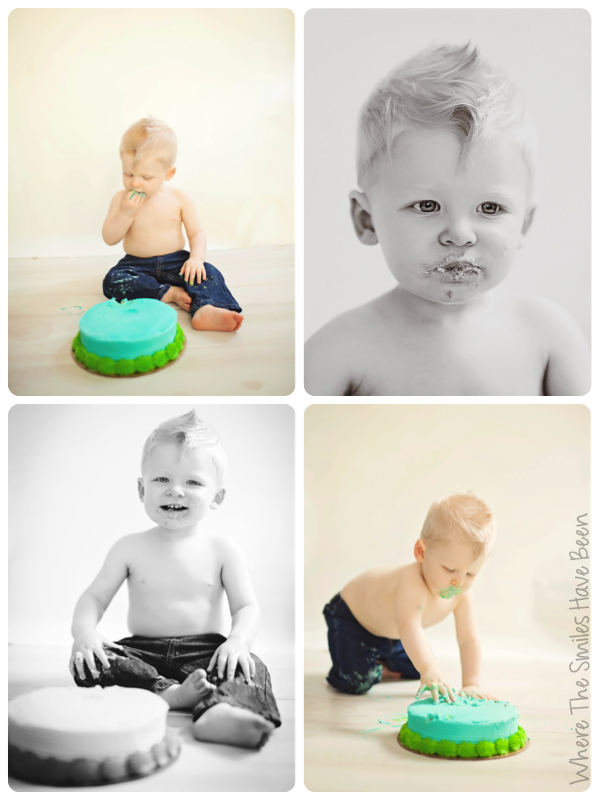 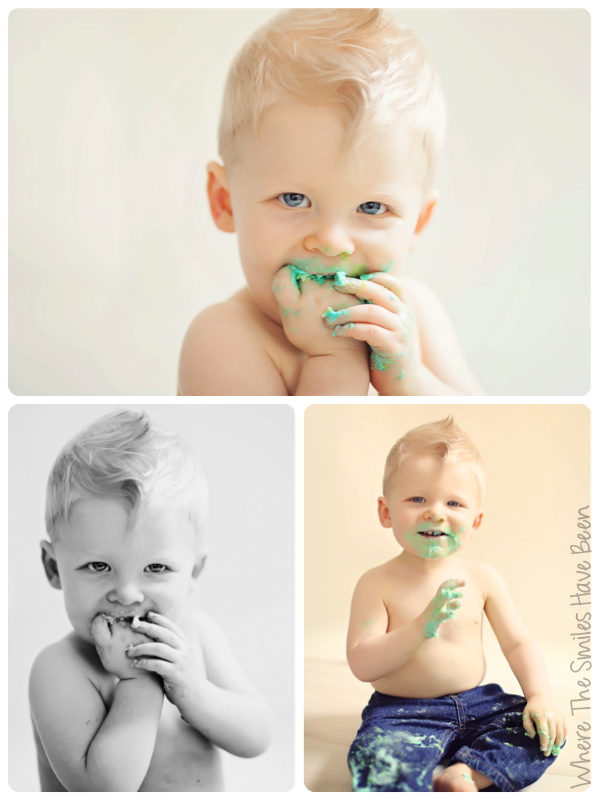 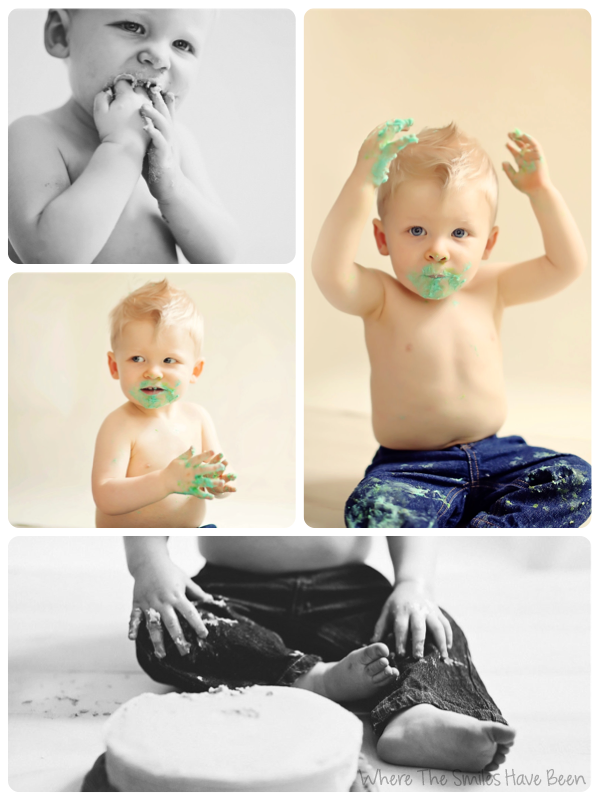 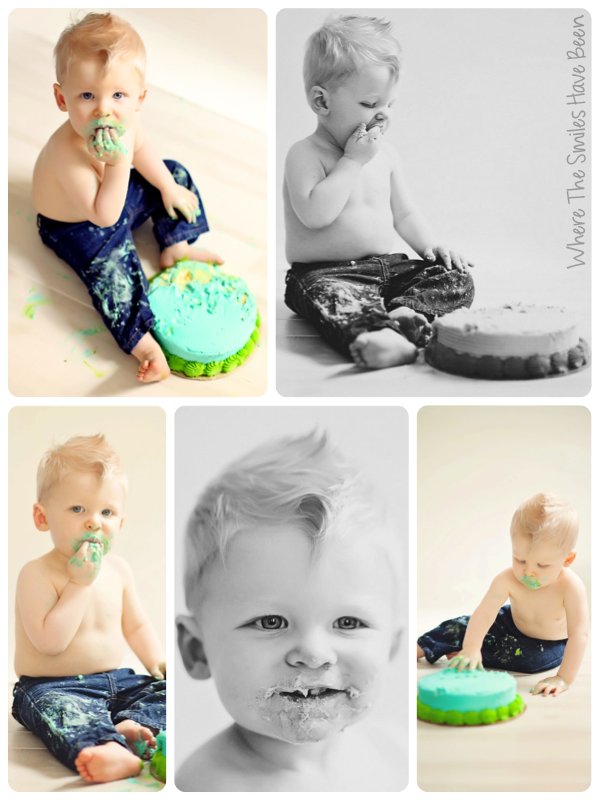 After we were finished with studio, we cleaned The Cub up and changed his clothes, then drove about 15 minutes to a local nature preserve.  Here there was a playground that we spent some time in as well as some lake shores and fields.  The preserve made for a beautiful backdrop for our photos. 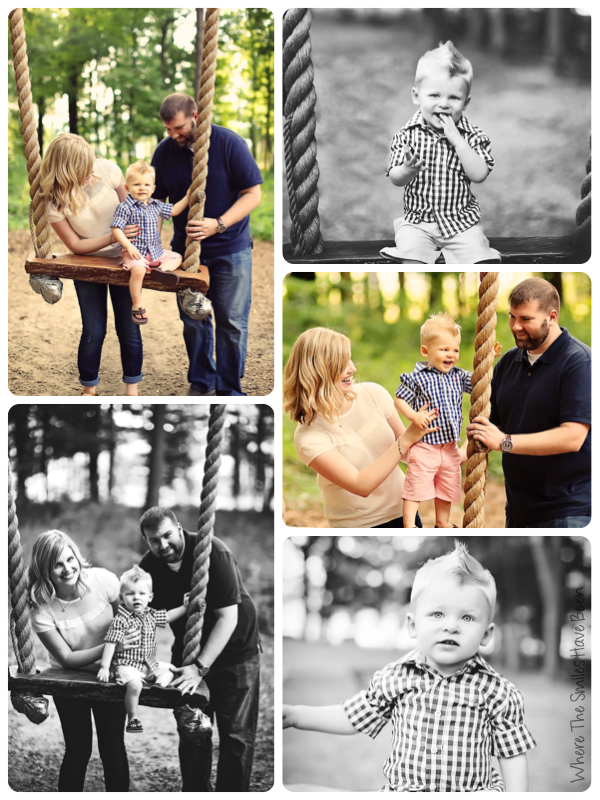 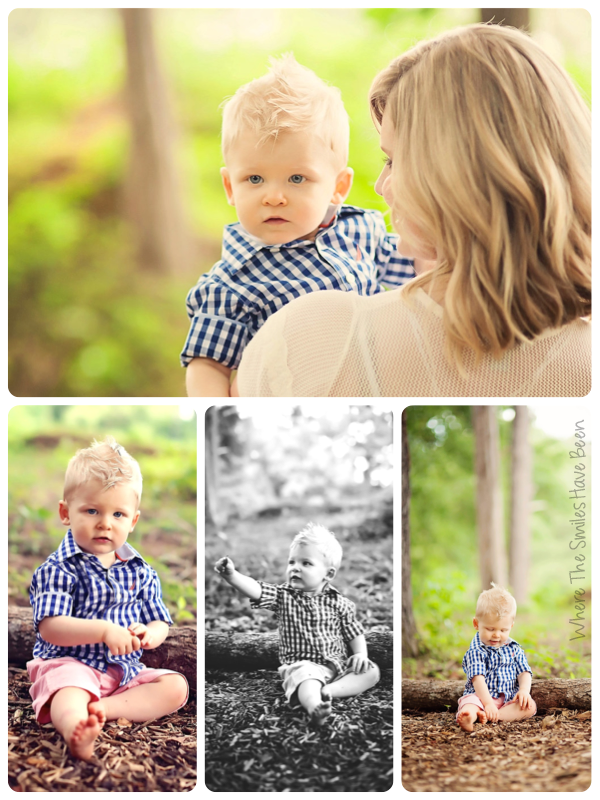 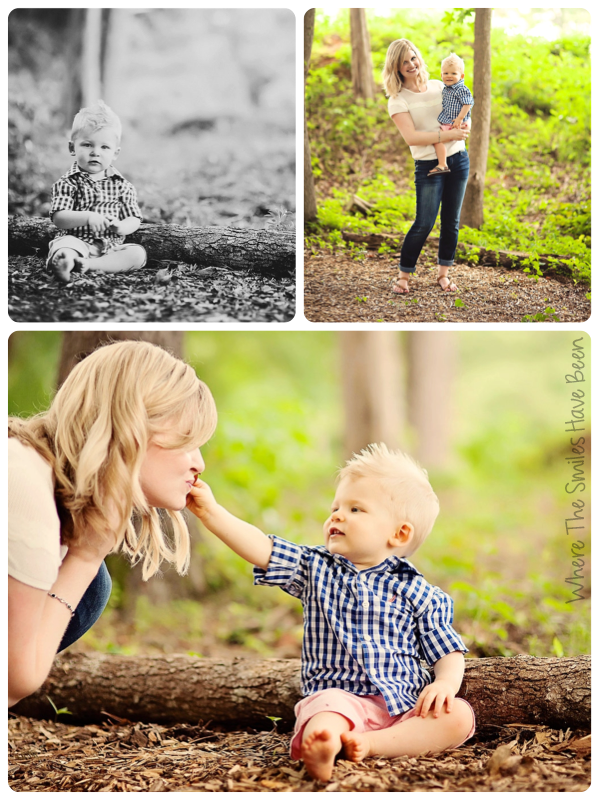 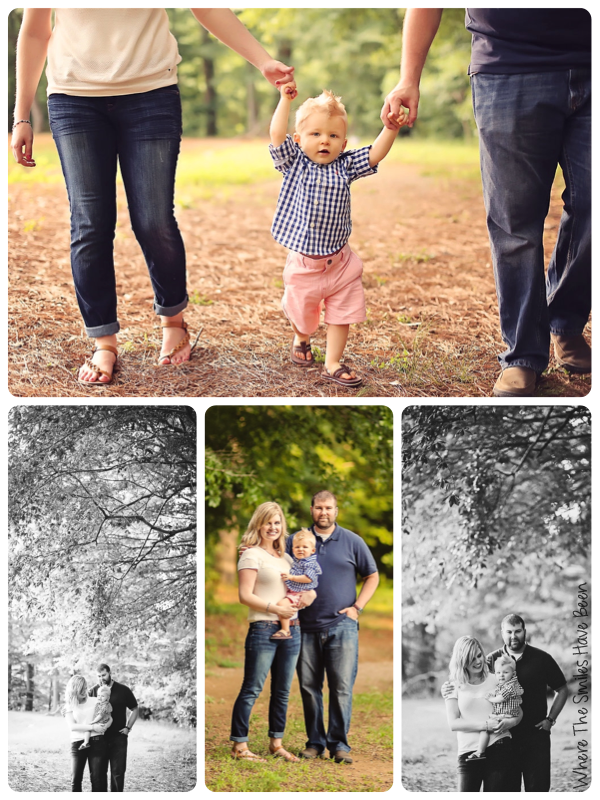 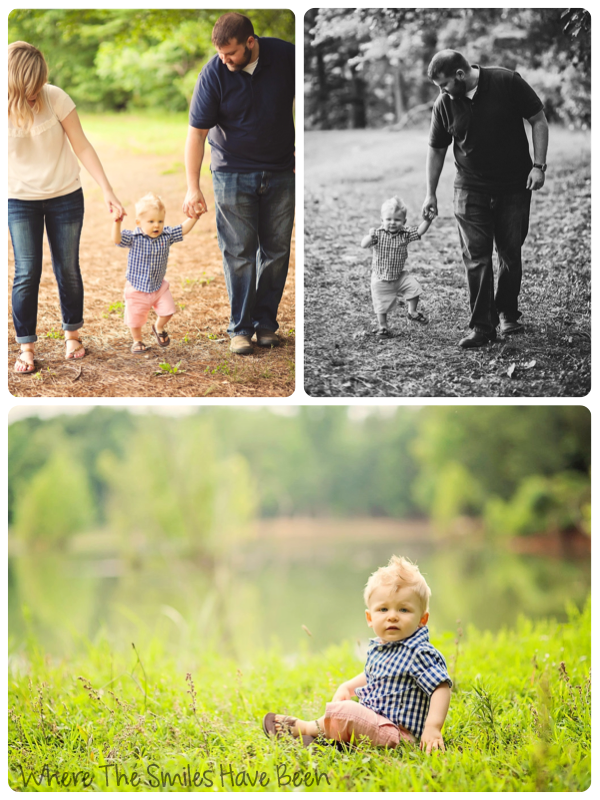 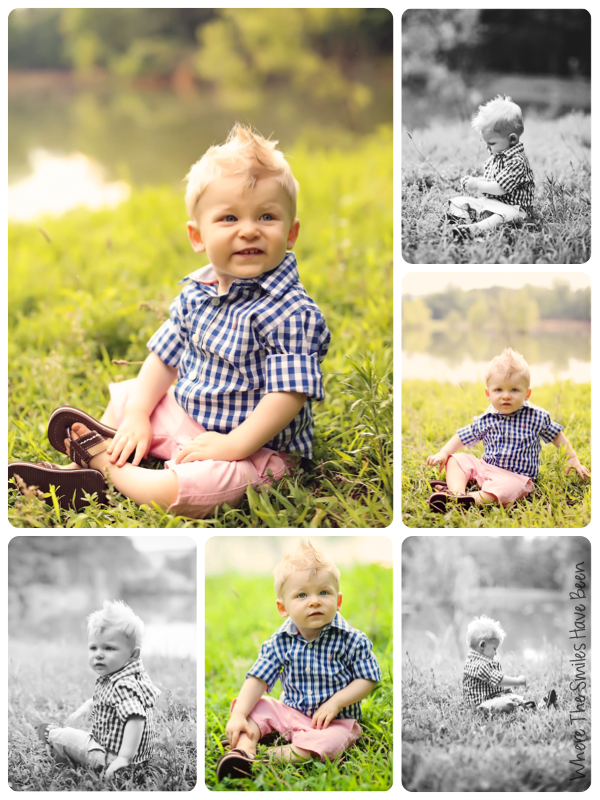 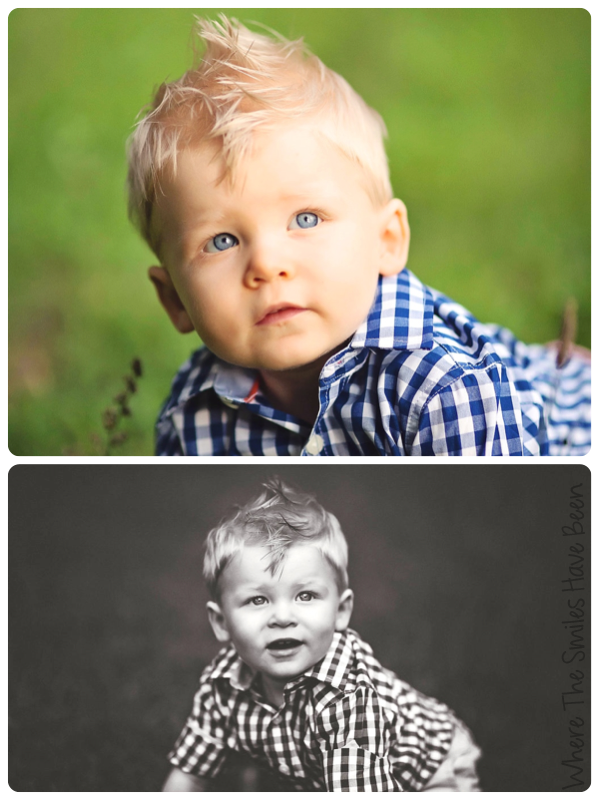 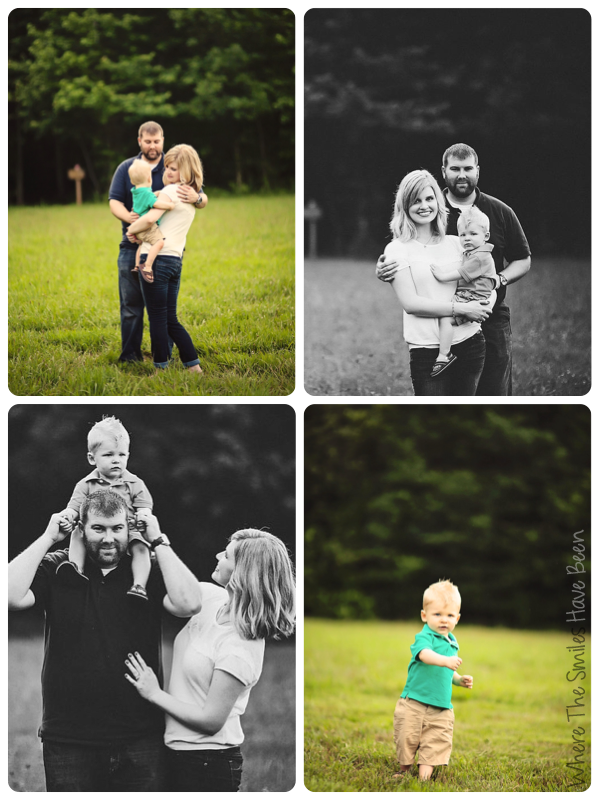 Thanks to having a belly full of cake and a bloodstream full of sugar (followed by a sugar crash), The Cub got very grumpy very quickly while we were taking the photos outside.  Plus, it was nearing his bedtime, so his grumpy face was on full display during some points of our shoot.  Here are some outtakes with Mr. Grumpy Face….he’s still a little cutie though. :) 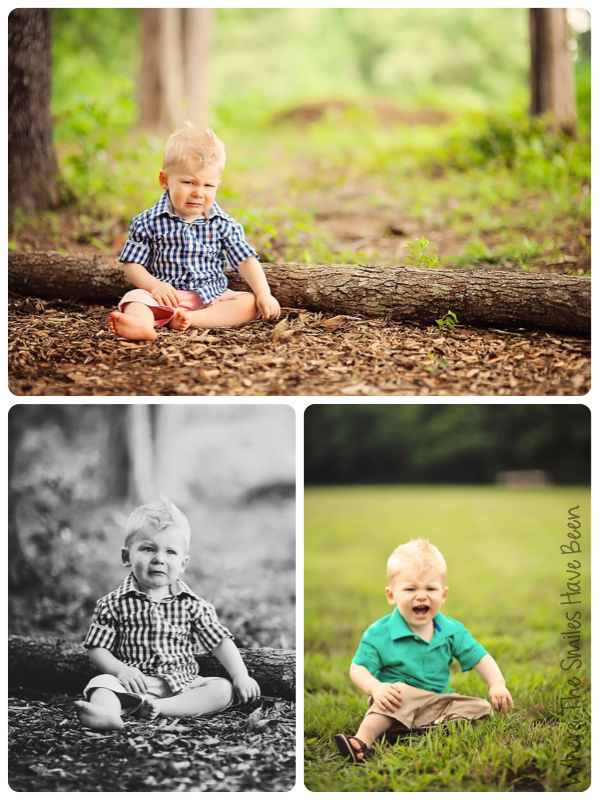 Even though this session left all three of us (and maybe even the photographers) mentally and physically exhausted, I am so so so happy that we have these memories captured.  The Cub is only a little over a year old now, but it’s already amazing to look back and see how much he’s grown and changed.  It’s definitely bittersweet for mom here.  I will cherish these memories forever.

Stay Tuned For My Tips!

I’ll be writing a post on things I learned from this first foray into first birthday photos, so look for that to come in the near future!

[…] out of him, I knew it was a winner.  And since The Cub is a little lady killer already (just check out this mini stud muffin!), this saying would be perfect for him to […]