See how to make a DIY scarecrow costume in no time and with thrift store finds!

It is SO EASY to make, and it’s perfect for toddlers, kids, and adults!

It’s a great Halloween costume and is also perfect for any production of The Wizard of Oz!

How to Make a Scarecrow Costume for Kids or Adults!

For Halloween this year, we decided to dress Rowan up as a cute little scarecrow.

We wanted something a little more classic than last year’s Sons of Anarchy biker baby getup (which was also equally squeal-worthy if a little controversial…some people have no sense of humor, I tell ya).

This DIY scarecrow costume was unbelievably easy to make, and I can’t tell you how much positive feedback we got.

Everyone at his school loved it as did fellow trick-or-treaters and their parents.

SO many folks commented on how cute Rowan looked, and I agree with them completely. :)

Here’s what I used to make this DIY scarecrow costume for my son:

Here are some of the main supplies that I used to create this costume.

I also used some faux flowers and leaves but they’re not pictured.

How to Make Scarecrow Overalls

This was actually really easy!

All I did was cut up little squares of the felt, burlap, and white plaid shirt that I snagged for $1 at a thrift store, and then frayed the edges a bit.

How to Make a Scarecrow Hat

Creating this piece of the costume was a definite wing-it process.

I had no clue what the final product would look like and just fumbled my way through its creation…but I LOVE how it turned out!

Here’s what I did (sorry for the not-so-great photos and lack of details in the images. Like I said, this was done on the fly):

And here’s my little scarecrow!

Surprisingly, he didn’t even mind me drawing on the seams and patches on his face and hands with some brown eyeliner.

I am so thrilled with how this costume turned out.

It was so easy to throw together (even if I am missing several fingerprints now thanks to the hot glue), and Rowan LOVED wearing it.

He’d probably put it on right now if I let him, especially the hat.

He first wore it to preschool, and Momma here was so thankful to see it survived the day AND the costume parade!

That’s also why the sunflower on his cute little hiney is looking a little rough.

He then donned it again a couple days later for the real trick-or-treating fun on Halloween, then once more a few days later for a little blog photoshoot.

Hey, I wanted some nice high-quality photos with my DSLR instead of quick on-the-fly iPhone ones.

Make sure you check out my other Halloween & Fall ideas, including these fun projects! 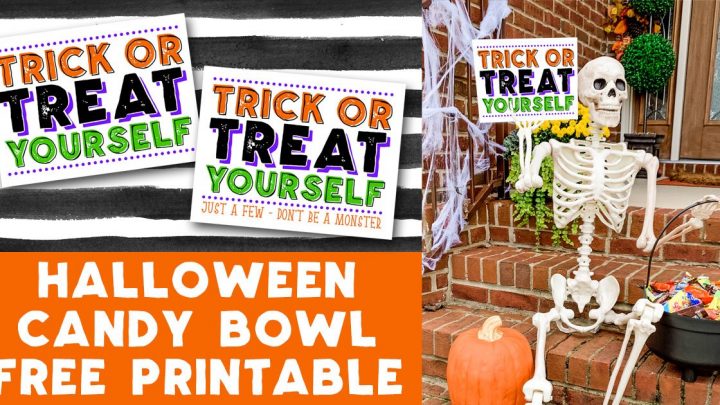 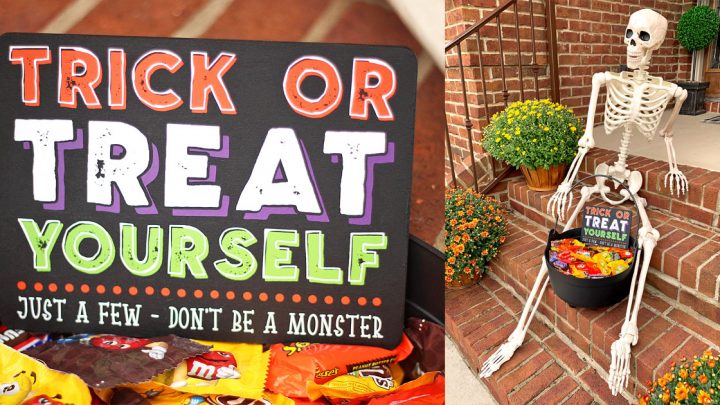 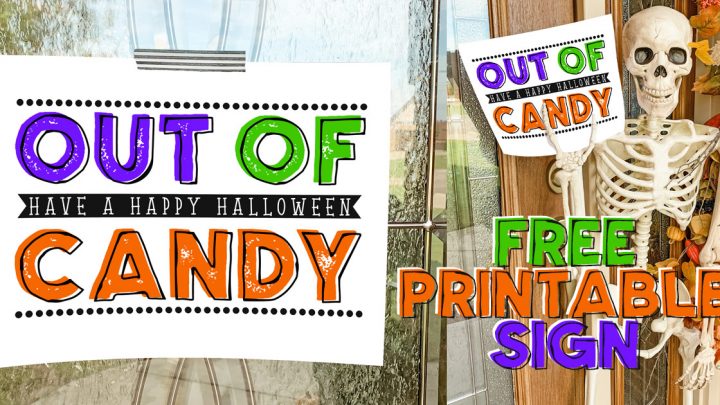 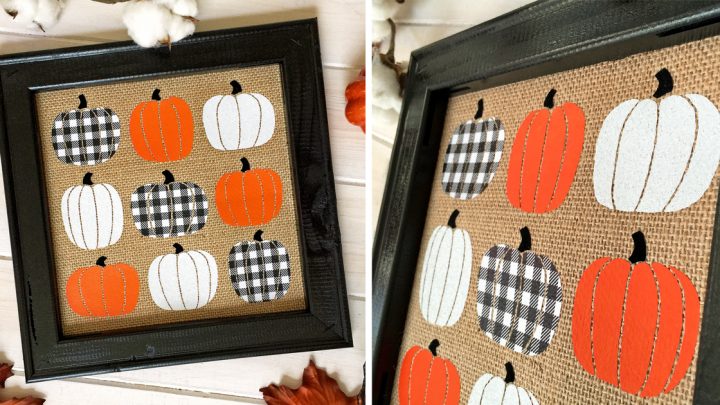 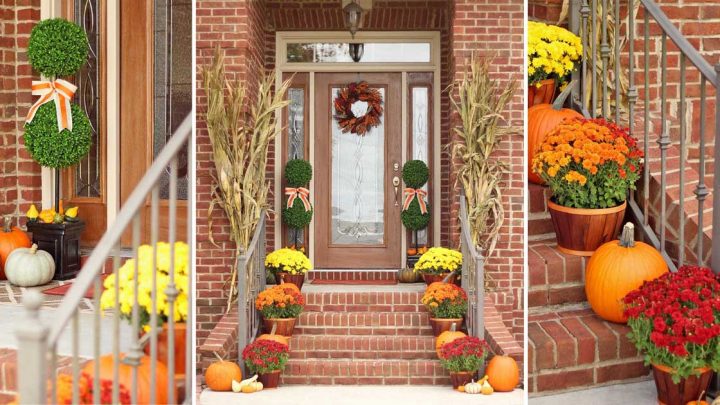 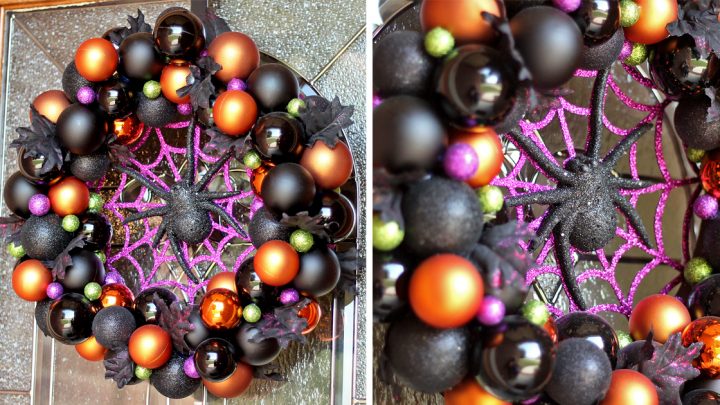 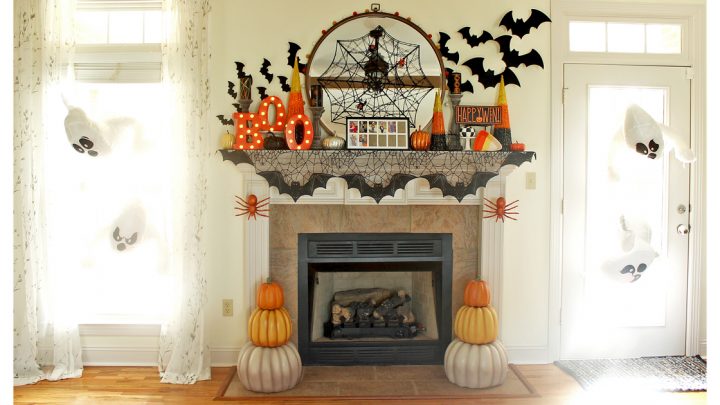 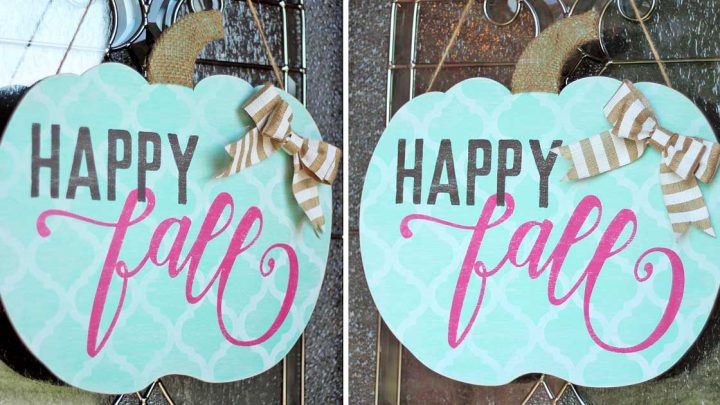 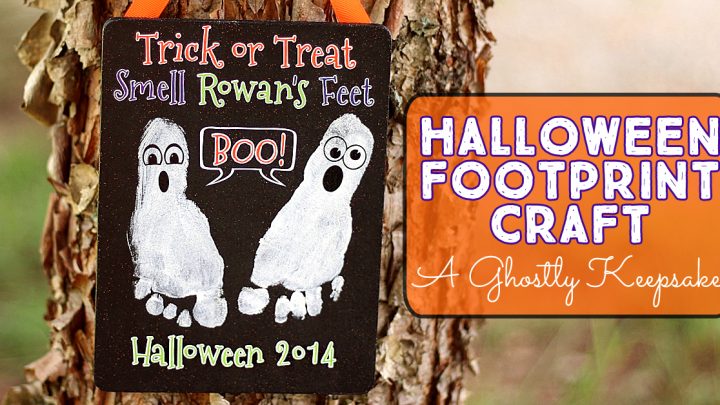 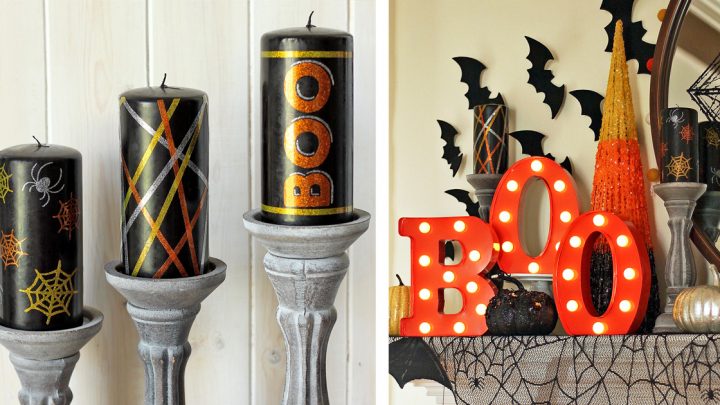 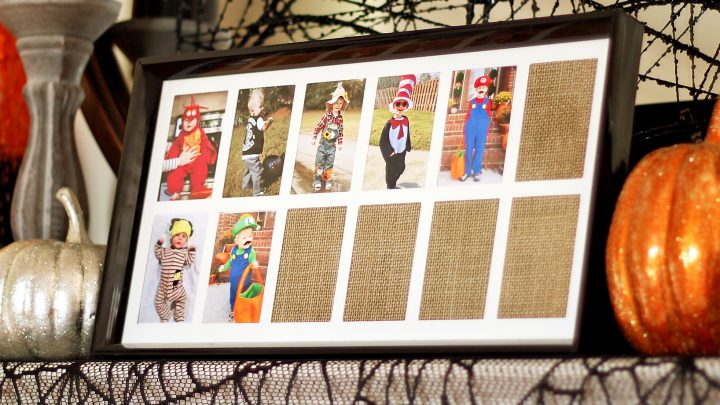 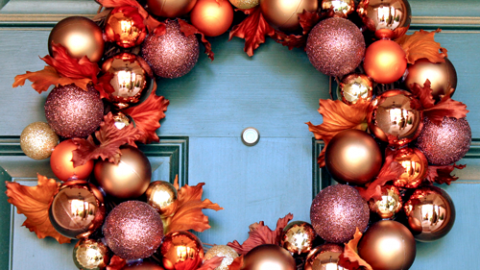 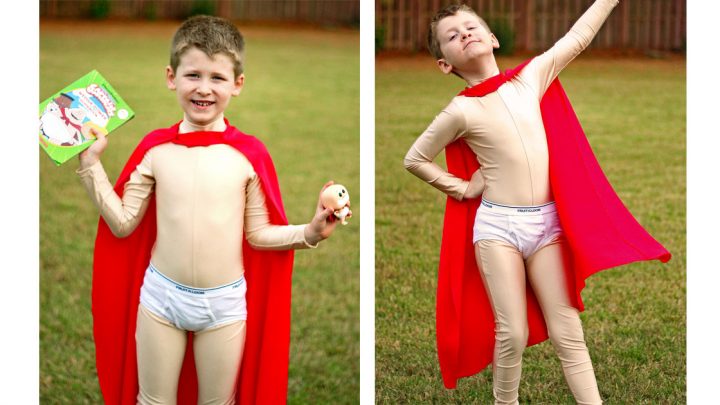 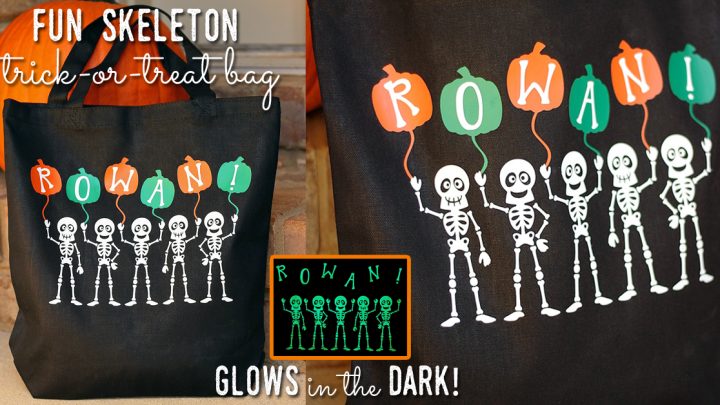 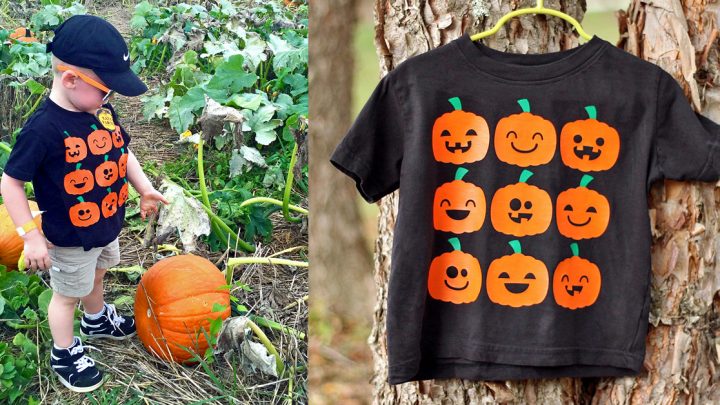 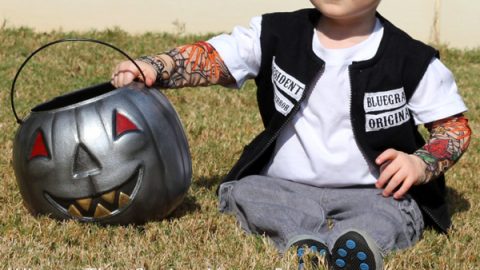 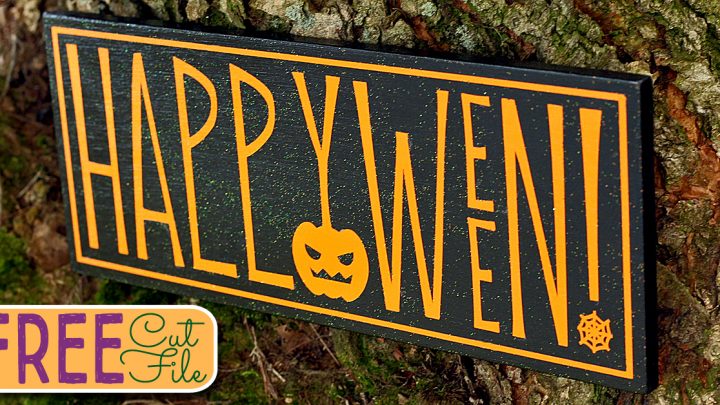 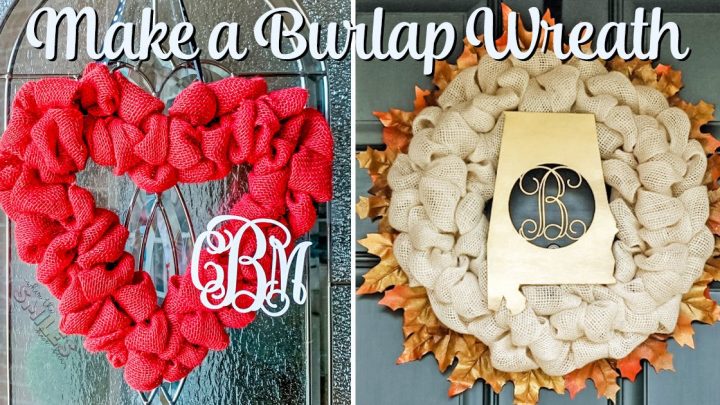 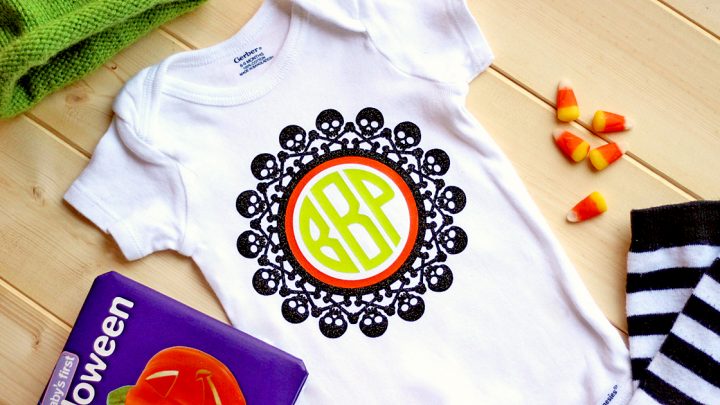 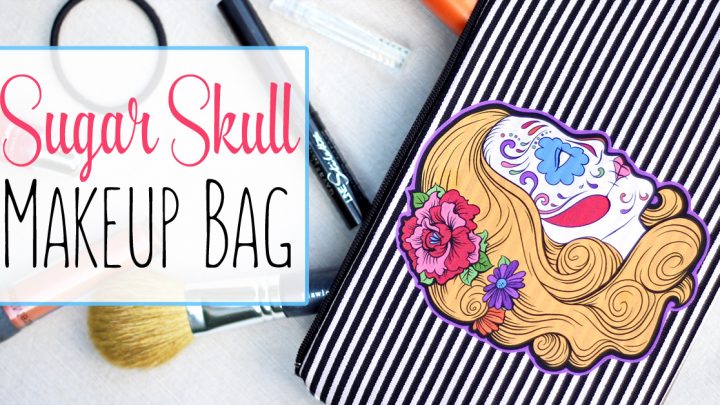 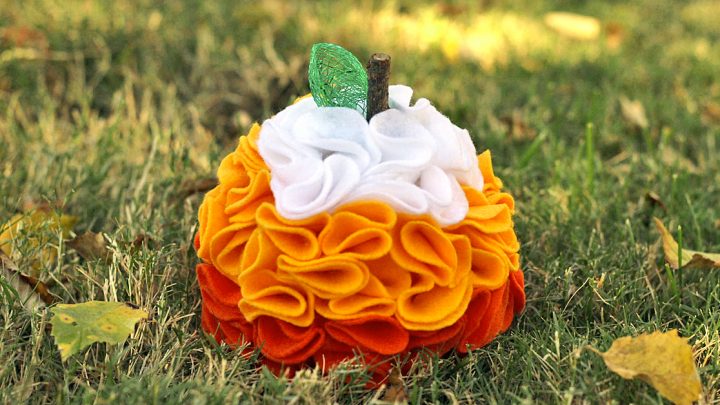 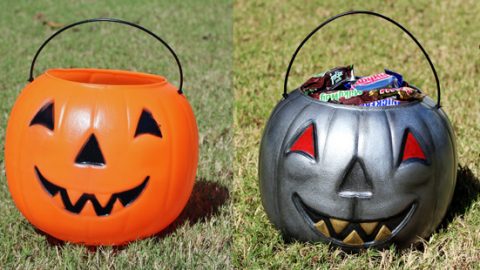 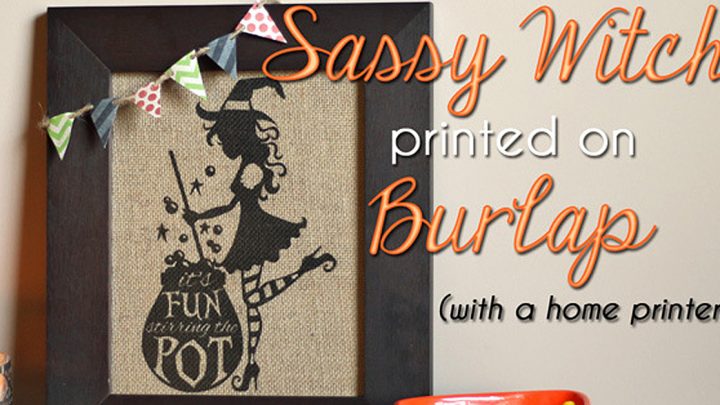 Thanks so much for stopping by! Happy Halloween!