Fall is my favorite time of year, and that means I have a never-ending list of project ideas!  So much DIY inspiration, so little time…. {sigh}

One of the best parts of fall is of course candy corn!  (Sorry pumpkin spice, but you don’t have a fan in this girl.)  I decided to combine the look of the sweet little treat with another autumn classic, the pumpkin, and this project couldn’t be easier!  You can knock it out in no time and customize it in so many different ways! 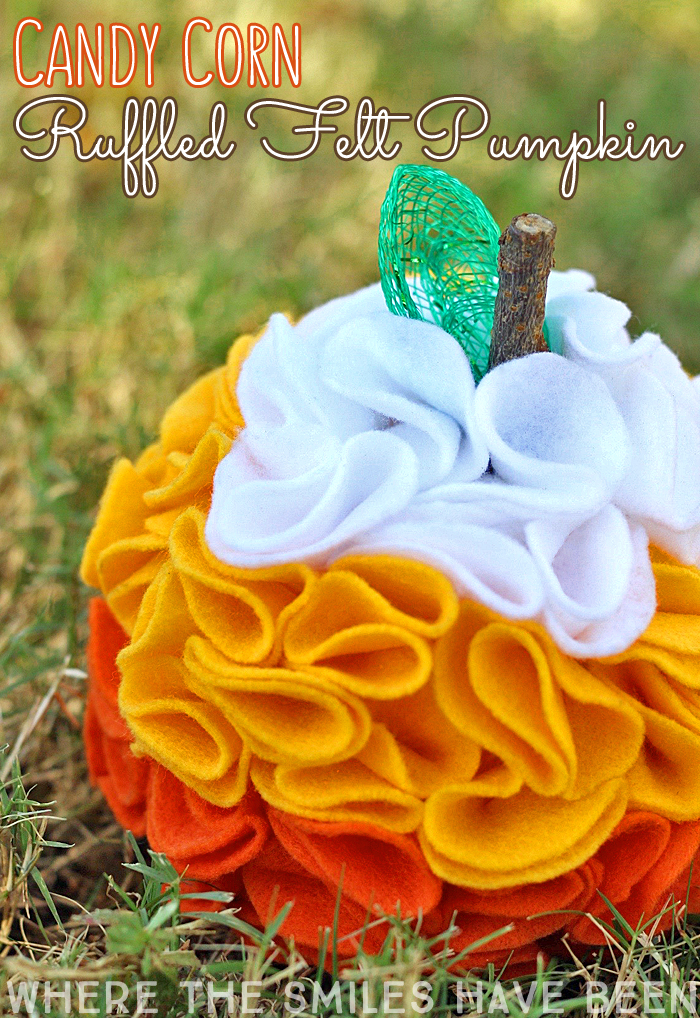 [Many thanks to the awesome folks over at FloraCraft for sponsoring today’s fun! #MakeItFunCrafts]

The lovely folks over at FloraCraft reached out to me and asked if I would be interested in taking part in their fun Halloween Blitz….ummm, heck yes!  After scrolling through their amazing free Halloween e-book, I found lots of inspiration, particularly from two of their projects: 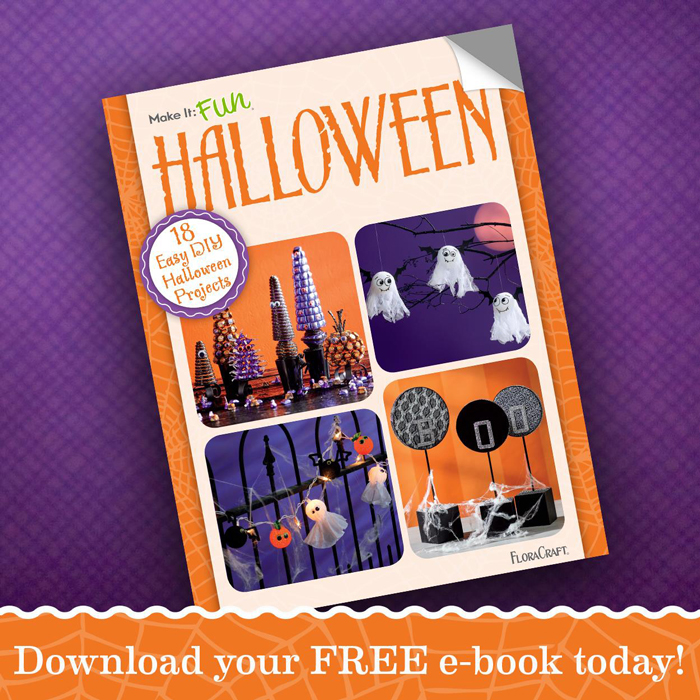 Since my husband frequently reminds me that I already have plenty of wreaths and door hangers, especially for fall (he’s got a point….), I decided to combine the two ideas and create a pumpkin decoration for our mantel using felt instead of flowers….and jazz it up with a fun candy corn vibe!

It was also nice that I was able to use up some supplies that were left over from previous projects: lots of felt that I used on my son’s toddler Christmas tree, and straight pins from our birthday balloon wreath with interchangeable initials….hooray for frugal crafts! 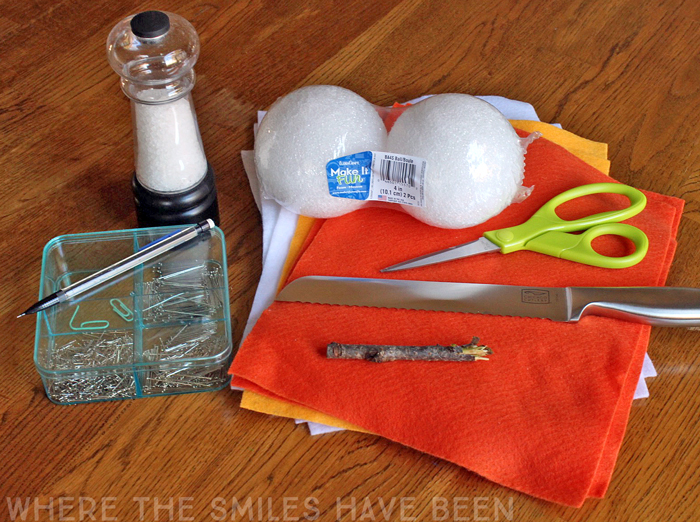 Cutting Out the Felt Circles

A super easy way to add some texture and interest to styrofoam or straw forms is with felt!  Yep, those basic felt sheets from the craft store are all you need to create pretty ruffles or petals.

I didn’t want my pumpkin to end up being too poofy or too chintzy either, so I used circles of felt that were around the size of a lemon slice….it just seemed like a nice size.  Our salt shaker proved to be the perfect little stencil (about 2.5″ in diameter), and I was able to fit 16 circles on each sheet of felt. 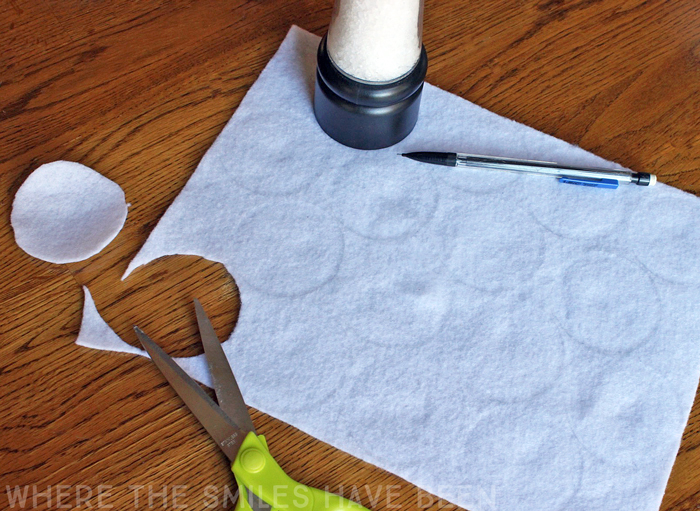 I cut up two sheets of each color, but I didn’t end up using all of the white.  One sheet probably would have been just enough, but I’m not one to map out my crafts ahead of time….I’m more of a wing-it-and-let’s-see-what-happens gal. 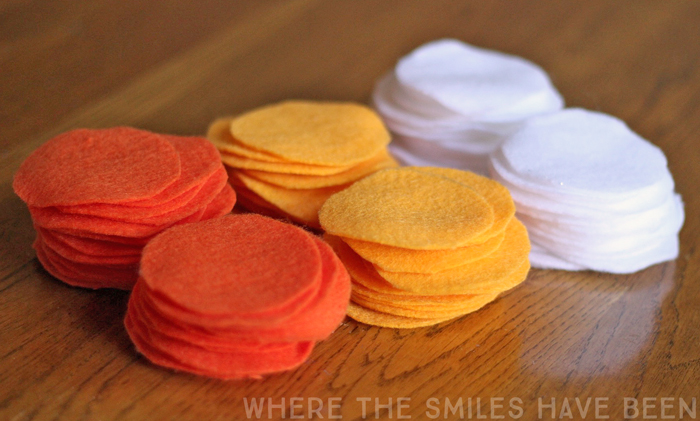 In order to get my FloraCraft Make It: Fun® Foam Ball looking more pumpkiny, and to make it more stable and less roly-poly, I grabbed a serrated knife and cut off a small section to give it a flat edge.  Now it rested nicely on the table.

It was now time to add all the circles!  This is where the magic happens and it couldn’t be easier:

I started at the bottom along the flat edge and worked my way around and then up, fluffing and adjusting the felt ruffles along the way.

This is where you can get really creative too.  You can cut squares instead of circles, change the size up, overlap or intersperse the colors as you add them, or pack them in really dense or spread them out to change the effect.  Lots of possibilities! 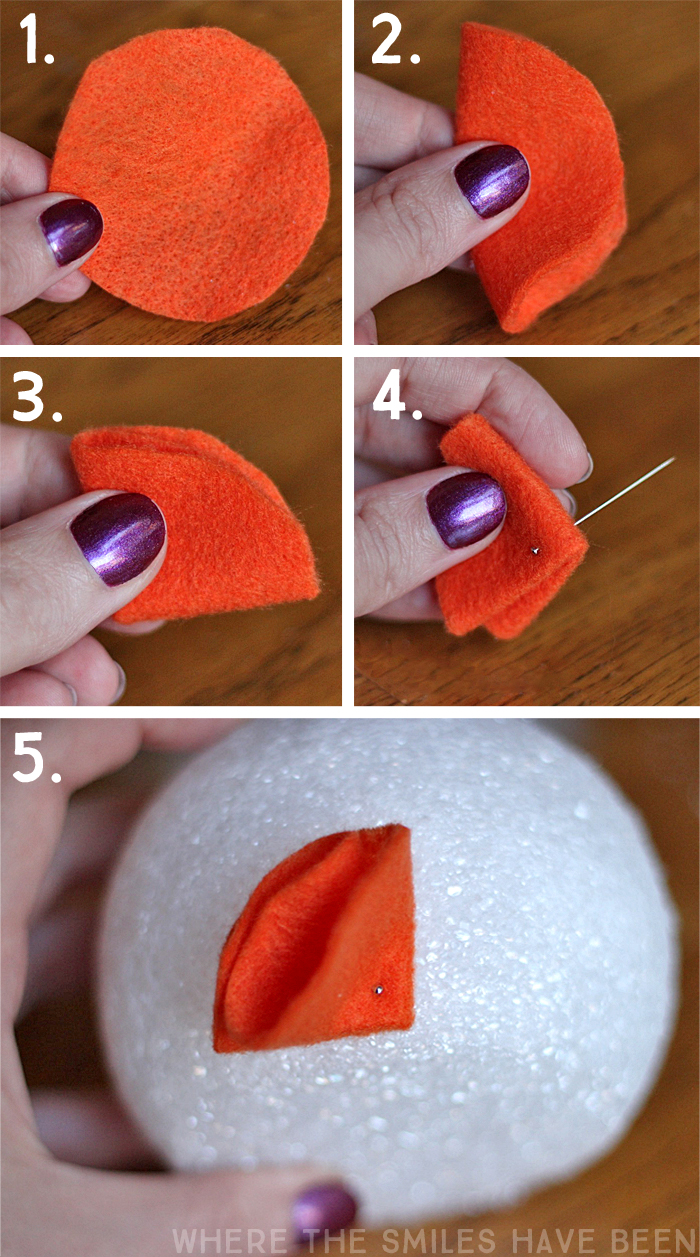 To turn this baby into a pumpkin and not just a candy corn sphere, I of course needed to add a stem.  This could have been done before adding any of the felt, but I was too excited to add some color that I got ahead of myself.  Oh wells…at least I remembered before all the felt was added!

A quick trip to the backyard revealed the perfect little addition, and it was added simply by creating a small hole at the top with my scissors then pushing the stick into place.

I intentionally left it sticking pretty far up because a nice chunk of it will be covered by the white felt poofs once they get added.

Oh, and I know the felt looks pretty wonky in these pics…..please disregard the crazy Chinese fortune cookie appearance here.  I went back after adding all the felt and made a bunch of adjustments to even everything out.  And despite eating roughly my body weight in candy corn already this year, I failed to realize that it’s usually yellow at the bottom, followed by orange, then white at the tip.  Silly me started with orange and didn’t realize my color snafu until writing up this post.  Whoops! 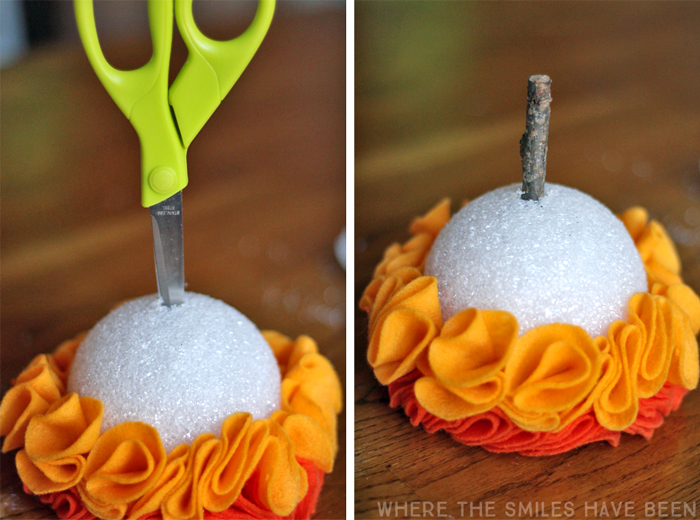 Now this little booger took me a while to conquer.  When I started this project I wasn’t exactly sure what I was going to end up using (which is why there’s no leaf material in the supplies photo above), so there was a lot of trial and error.  Everything I tried just didn’t look right.  Felt, flannel, scrapbook paper, fake leaves….they all just didn’t work.  Boo.

Then it was FloraCraft® Simple Style® Decorative Mesh to the rescue!  I simply cut off a tiny square and folded it around and in on itself, removed the stick from the foam, then inserted the pointed end of the mesh followed by the stick.  Voila!  Instant pumpkin leaf. 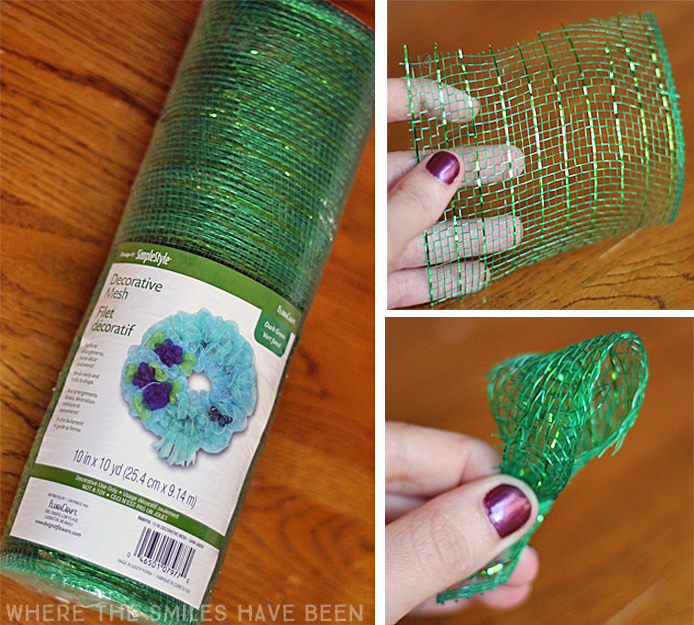 And here it is!  After some adjusting of the pins and tweaking the poofiness and ruffle positions, my candy corn felt pumpkin is complete!

I think it turned out so stinking cute, and it’s a nice combination of my two inspiration pieces.  I also love how simple and inexpensive it was to make, and how you can easily readjust the felt as needed and make any changes if you don’t like how something looks.  You gotta love projects with some leeway!

I also think this would be really cute if all three colors were mixed together around the entire pumpkin instead of staying in separate layers…..maybe that’ll happen after my next trip to the craft store for more felt! 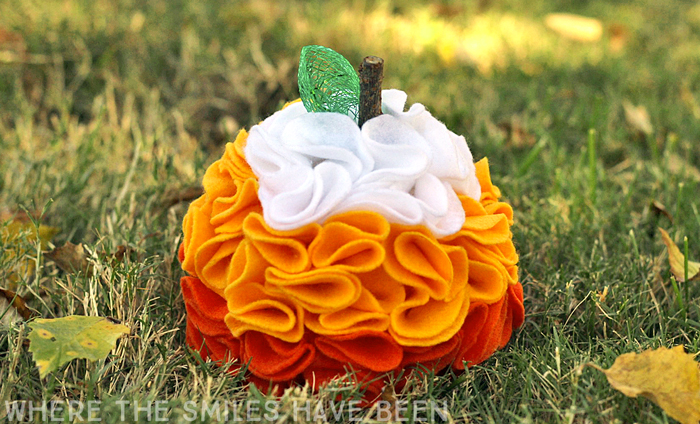 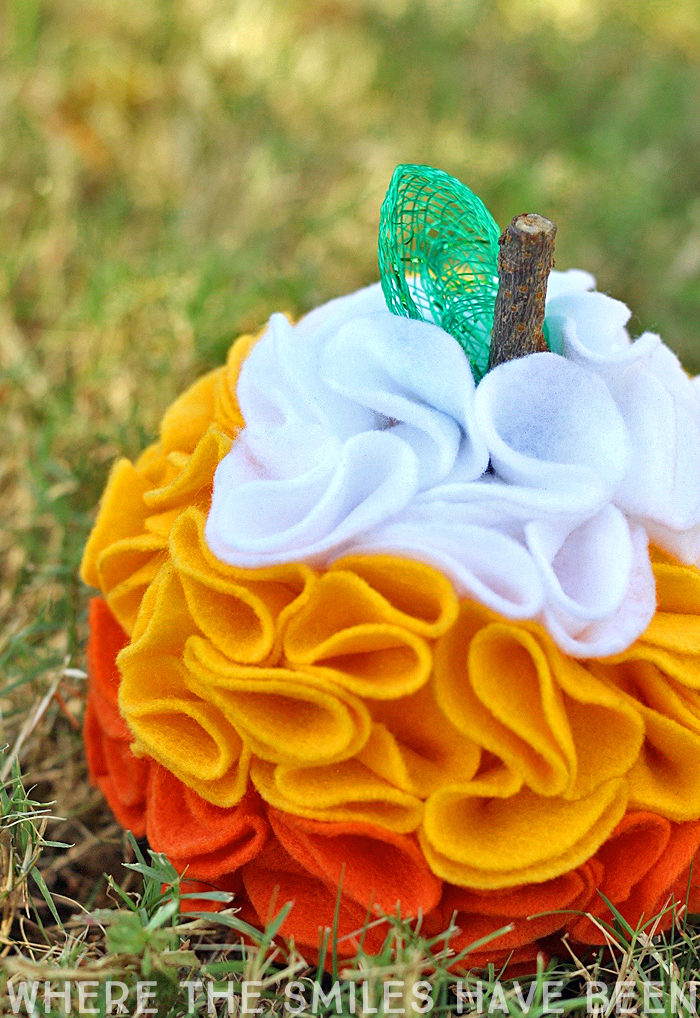 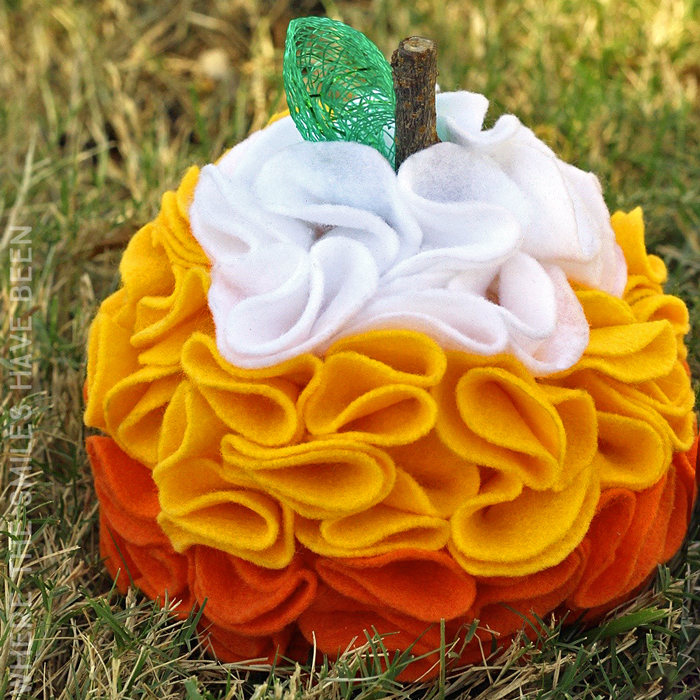 Make sure you check out some of the other Halloween/Fall projects I’ve shared so far! 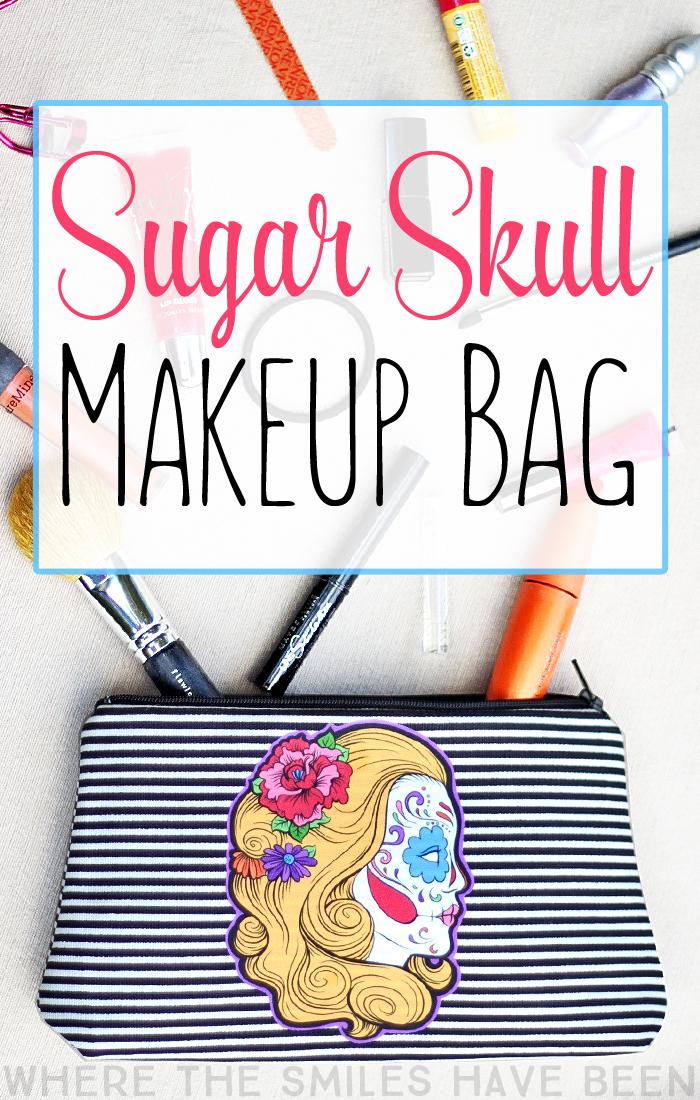 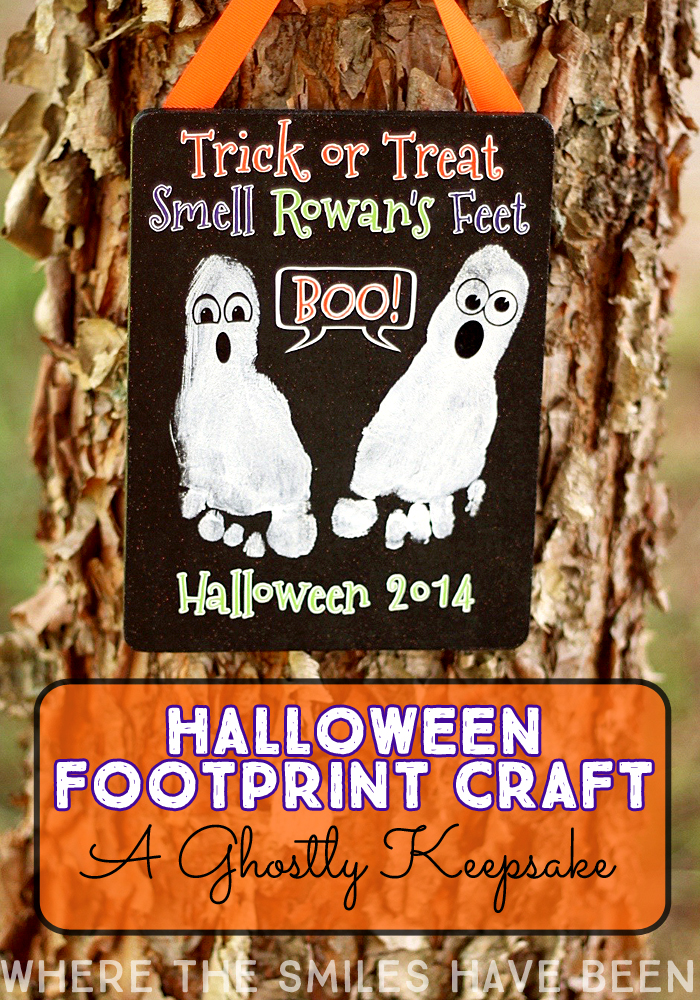 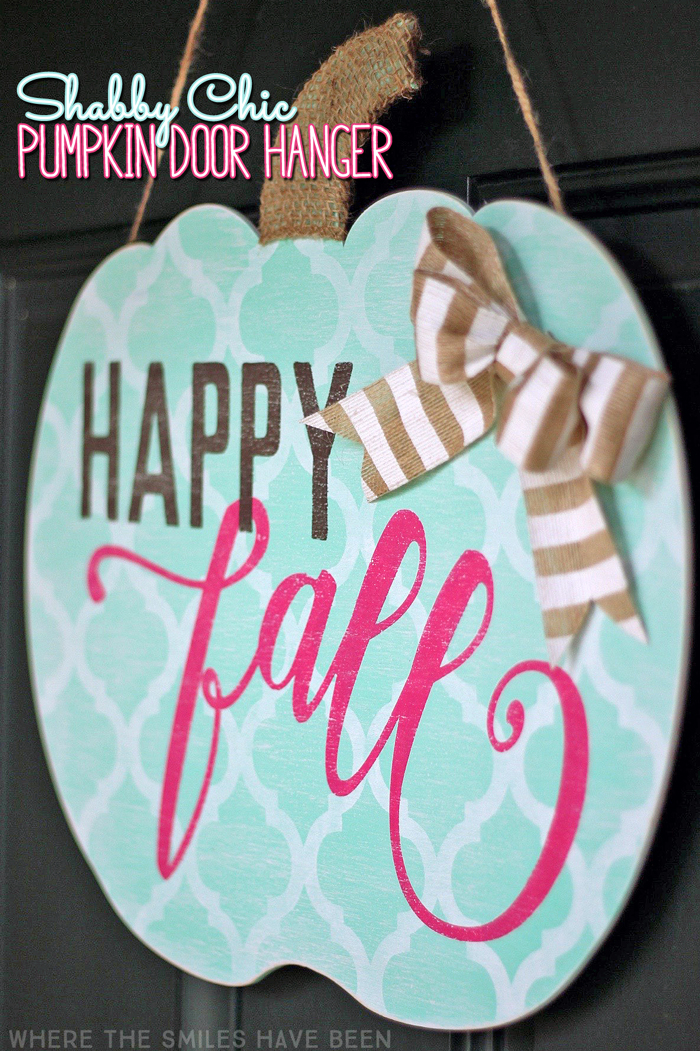 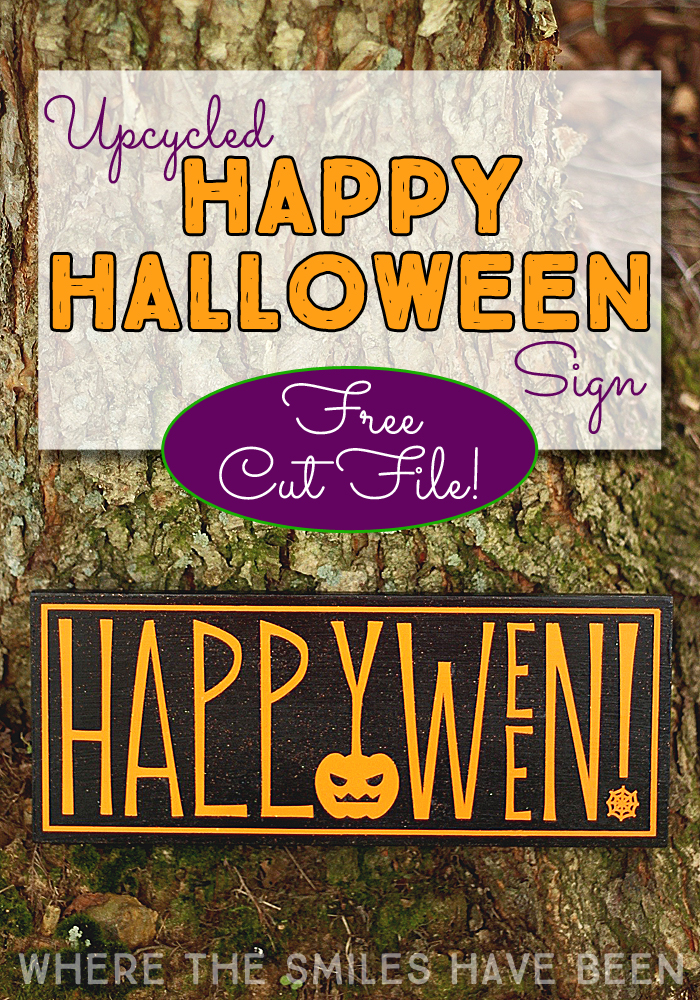 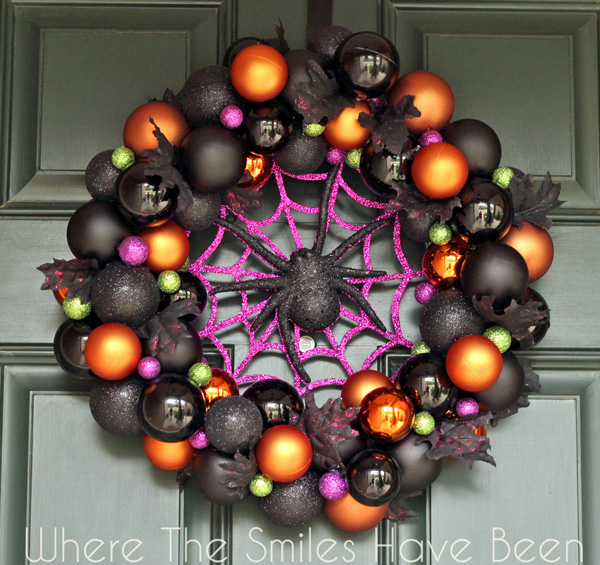 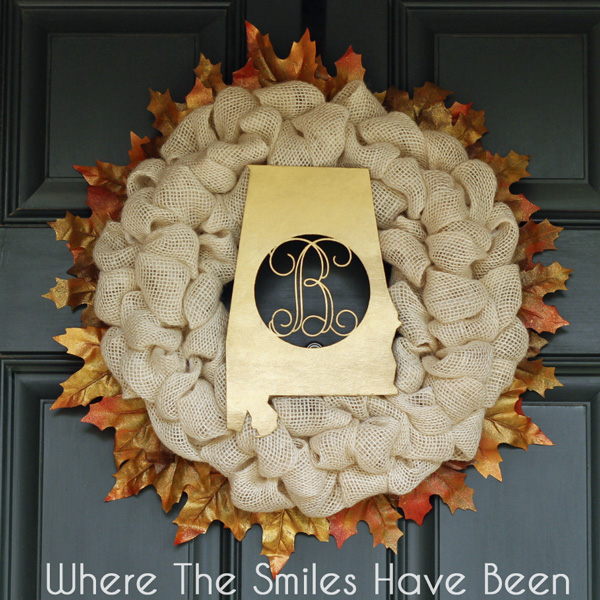 Thanks so much for stopping by, and have a very Happy Halloween!

[…] Where the Smiles Have Been – Candy Corn Ruffled Felt Pumpkin […]

[…] Candy Corn Ruffled Felt Pumpkin – Where The Smiles Have Been […]